We can’t keep eating like this. The United Nations’ Food and Agricultural Organization estimates that, by 2050, we will have to increase food production by 70 per cent in order to nourish the world’s population. Geography professor Navin Ramankutty and his team of international colleagues have a five-point plan that they think just might do the trick.

Sometime in autumn 2011, the world population hit the seven billion mark. It was a bittersweet occasion, as our growing population threatens to push our resources to their breaking point. After all, that milestone baby, along with the other 6,999,999,999 of us, needs to eat. Once you consider that the human race is set to crack nine billion by 2050, the world’s collective pantry shelves are looking mighty bare.

That’s the bad news. The good news is that we can do a much more efficient, and Earth-friendly, job producing the world’s food. Navin Ramankutty is an associate professor in McGill’s Department of Geography and a researcher in the Global Environmental and Climate Change Centre. Along with Jonathan Foley, professor at the University of Minnesota, Ramankutty is a team leader on an international research project that aims to improve food production and consumption around the world. In the October 2011 issue of Nature, the team—which brought together researchers from McGill, Minnesota, Arizona State University and the Universities of Bonn, California at Santa Barbara, Stockholm and Wisconsin—published a five-point guide for feeding ourselves, sustainably (see sidebar). “Solutions for a Cultivated Planet,” the first in a series of articles to be published in various journals over the coming months, stems from a study that pairs agricultural census data and satellite images with mathematical models of our world’s crop production systems. The approach offers an unprecedented degree of geographic exactness that would have been unheard of just 20 years ago.

“We need this kind of geographically explicit data,” says Ramankutty. “It’s not enough to just know that six per cent of Canada is cultivated without knowing exactly where. Even today, many scholars do analysis using national statistics. So they have one number for all of the U.S., one number for all of Canada, and so on. Some may get state-level or provincial-level data. But with satellites, you can get into much greater detail; you can tell exactly where agriculture is happening, kilometer by kilometer.”

By combining satellite data and census statistics, the researchers have developed spatial information on the area and yields for 175 different crops around the world. They also have climate and soil data, at the same resolution. “Now we’re able to build models that relate all this data,” says Ramankutty, “because we know where land is being used for agriculture, exactly what kinds of crops are being grown, how much fertilizer is being used, how much irrigation is being applied. When we overlay all that data, we can find out exactly how much nitrogen fertilizer is being used to grow maize in southern Quebec, for example.” 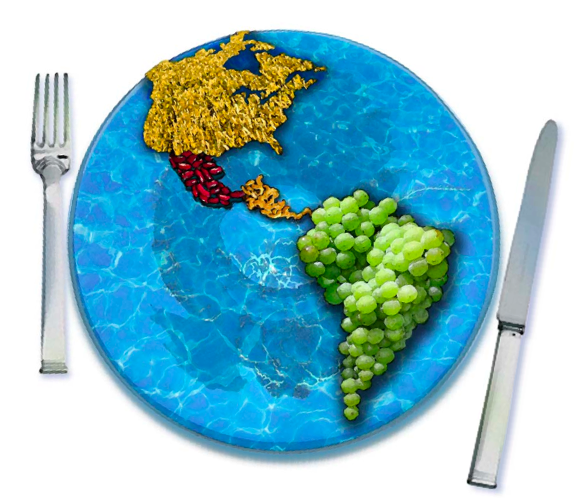 The solutions being proposed aren’t new. What is new about this study, however, is its ability to quantify how much difference each change could make. “Qualitatively, we knew these things were useful, but we didn’t know if they were key leverages or small players,” says Ramankutty. “Would closing yield gaps solve 10 per cent of the problem or 50 per cent of the problem? For the first time, we can quantify these things. Now we know that if we make a concerted effort in the right geographic areas, these five things can play a big role in feeding the planet without destroying it.”

This research was funded by the Natural Sciences and Engineering Research Council of Canada, the National Aeronautics and Space Administration and NSF International.

In their research paper “Solutions for a Cultivated Planet,” Navin Ramankutty and his colleagues propose five steps for producing more food without damaging the planet: