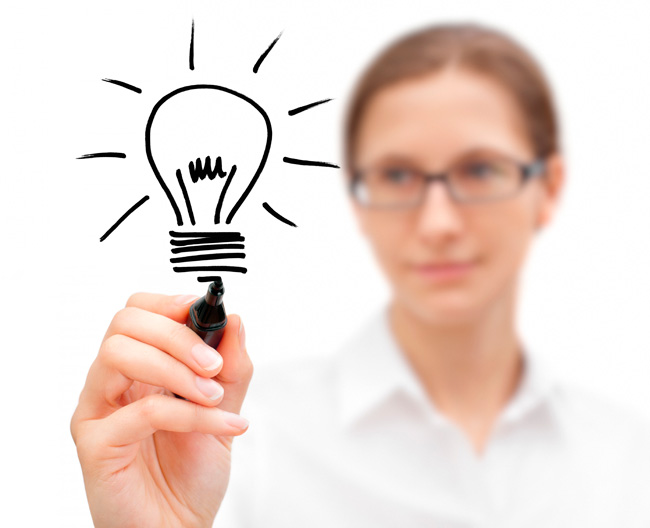 Picture a successful entrepreneur. How did she get her start? How much education does he have?

Chances are probably good that you pictured a university dropout, creating something revolutionary in a garage or basement, à la Mark Zuckerberg or Bill Gates. (That’s the stereotype that comes to my mind, anyway; kudos to anyone who thought beyond the ordinary.)

If you look at the stats, rather than the stereotype, you’ll see a very different picture. Here’s a round-up of some different sources on entrepreneurship and education:

A 2010 report from the Fondation de l’entrepreneurship also found that university graduates were far more likely to be successful business owners. 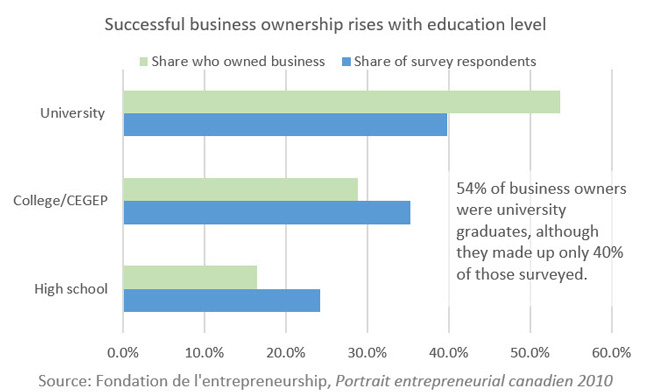 I remember reading about Bill Gates’s story in Malcolm Gladwell’s Outliers. Gates and Zuckerberg didn’t complete university, but they came from well-educated families, attended private schools, and had opportunities during high school that most people can only dream of. When Zuckerberg was a teenager, still in high school, his parents hired a computer tutor for him. He took graduate courses at a nearby college. Gates had access to a next-gen computer (next gen for the early 1970s, anyway) that allowed him to learn programming.

Their privileged background doesn’t take anything away from them; the obsession that drove them to spend thousands of hours working with computers was likely the biggest factor in their success. My point is that they are hardly your typical case.

You can’t really say “The best entrepreneurs are university dropouts: look at Gates and Zuckerberg.” You can state (and I hope more people will), “The most successful entrepreneurs hold a graduate degree.”