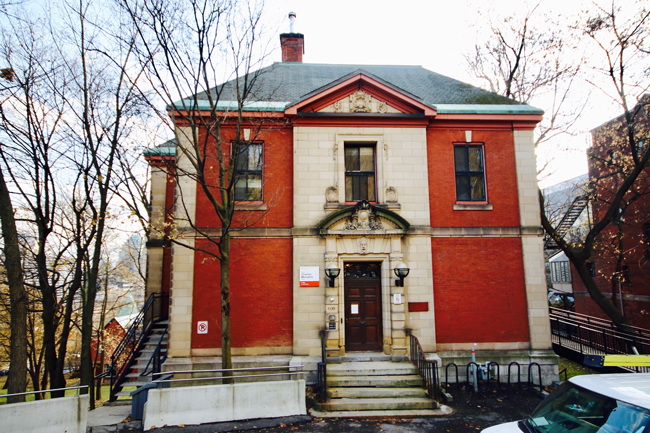 Built in 1907 by the well-known Canadian architects Edward and William Maxwell, this Georgian style residence was occupied by Mr. Meredith and his family until 1937. Originally given to the Royal Victoria Hospital to serve as a nurses’ residence, the house was donated to McGill in 1975.