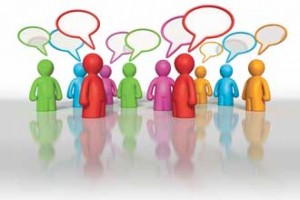 By members of the Israeli Apartheid Week at McGill organizing committee

Note: The opinions expressed here do not reflect the views of McGill University.

As the organizers of Israeli Apartheid Week McGill (IAW), we would like to take this opportunity to thank all the organizations and individuals that helped make this year’s events a big success. Over the course of the week a wide range of speakers presented a number of compelling arguments about the nature of Israel as an apartheid state and offered inspiring strategies, such as the ongoing Boycott, Divestment and Sanctions (BDS) campaign, as a global response to the vast human rights violations taking place in Israel and the occupied territories.

Throughout the week, over 1,000 people participated in the variety of events and activities. Highlights included a keynote lecture by Ronnie Kasrils, a former member of the African National Congress (ANC) and a minister in the post-apartheid South African government, which outlined the similarities between South African and Israeli apartheid and offered a profound critique of Western complicity with human rights violations abroad.

Omar Barghouti, a founding member of the Palestinian BDS campaign, made a compelling case for non-violent resistance and global solidarity in the face of grave injustice. Workshops given by students and members of the McGill community ranged from “Demystifying Israel-Palestine” and “Reclaiming a Jewish Culture of Resistance,” to “Media and Occupation.”

On many university campuses across Canada, the enemies of debate, dialogue, and democracy bullied their local university administrations into preventing any sort of debate or dialogue about one of the most burning social issues of our day. We would like to take this opportunity to thank the McGill administration, and in particular, Dr. Morton Mendelson for taking a firm stance against censorship on campus, and for upholding a tradition of free speech and debate about important issues that are often stifled as a result of political repression. Dr. Mendelson’s letter in these very pages defended free speech on the basis that it be done in a mutually respectful environment and, indeed, echoing the words of Dr. Mendelson, opponents of Israeli apartheid took up that challenge and provided a forum that was respectful and civil. These events would not have been as successful without the administration’s support.

Over the course of the week, we witnessed a clear campaign waged by special interest groups and supported by a host of journalists, politicians and administrations of other academic institutions, aimed at demonizing the organizers of IAW, and undermining the critical issues which were at the heart of the week-long event.

We applaud McGill for not succumbing to political pressure and for allowing its student body the opportunity to discuss urgent global issues. It is such instances that make us proud to be part of the vibrant learning community at McGill University.

Although in the past few years, there has been a great deal of tension between student groups and the administration, we are excited by the prospect of a new direction where the kind of mutual respect fostered during Israeli Apartheid Week can be replicated.