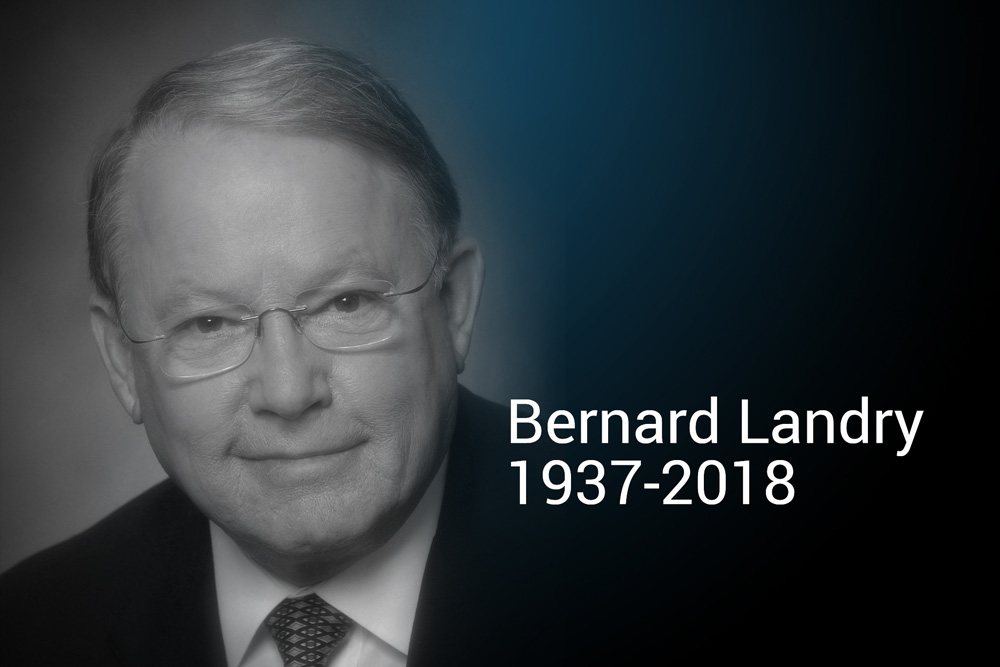 In honour of Landry, McGill is flying its flag on the Arts Building at half-mast until the day after his state funeral. The funeral will be held on Tuesday, Nov. 13, at Notre-Dame Basilica in Old Montreal. Louis Arseneault, Vice-Principal (Communications and External Relations) will attend on behalf of McGill.

Bernard Landry was born in 1937 in Saint-Jacques, in the Lanaudière region. He studied law at the Université de Montréal and economics at l’Institut d’Études Politiques de Paris. In 1976, he was elected as the Member of the National Assembly, under the Parti Québécois, for the Fabre riding. Then-premier René Lévesque soon appointed Landry Minister of Economic Development. Landry would go on to serve in many important posts – including Deputy Premier, Minister of International Relations and Exterior Commerce, and Minister of Finance – before becoming Premier in 2001.

“He was a man who served Quebec well for many years in different positions,” said Prime Minister Justin Trudeau (BA’94). “Above all, one must recognize his dedication to his community, to his country.”

Quebec Premier François Legault called Landry “a man of duty.” “For him, it was always important to carry out the public good ahead of partisan interest,” said Legault, who served as Education and Health Minister under Landry.

As premier, Landry negotiated the historic La Paix des Braves between the Quebec government and the Grand Council of the Crees. The agreement provides for the province and the Cree people to jointly manage, and share revenues from, the mining, forestry and hydroelectric resources on traditional Cree lands.

“Landry made a major contribution to reconciliation between our peoples, before that word became popular,” said Romeo Saganash, a member of Quebec’s Cree nation, and NDP MP for Abitibi–Baie-James–Nunavik–Eeyou. “He was a friend to the Cree.”

Montreal Mayor Valérie Plante praised Landry’s foresight in encouraging Quebec to grow its digital industries when the field was still in its infancy.

“You had to be able to look into the future to see what would allow Montrealers and Quebecers to develop an international profile, and that’s one of the major projects on which he led the way,” said Plante.

He was the recipient of many honours, including Commandeur de la Légion d’honneur de France (2004), and Grand Officier de l’Ordre national du Québec (2008).

Landry’s body is laying in state at Montreal’s Notre-Dame Basilica today. The public is invited to pay their respects on both days from 10 a.m. to 6 p.m.