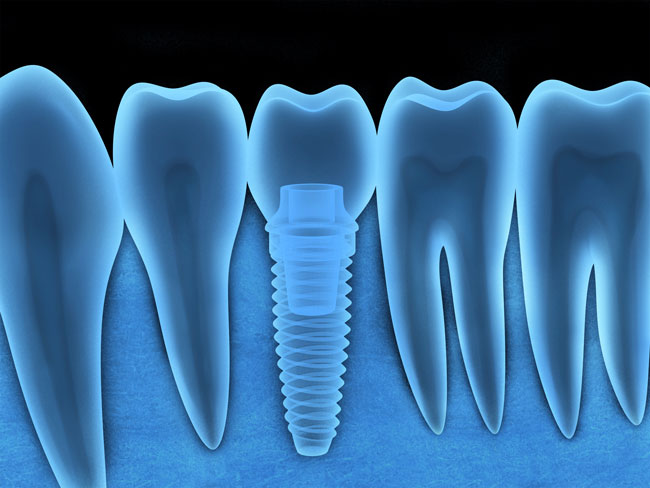 Each year, about 500,000 North Americans get dental implants. If you are one of them, and are preparing to have an implant, it might be a good idea to start taking beta blockers, medication that controls high blood pressure, for a while. And to stop taking heartburn pills.

A body of research from McGill led-teams indicates that in order to raise the odds that dental implants will attach properly, there are clear benefits to taking certain common medications and avoiding others.

“The success of procedures like dental implants depends mainly on how the existing bone accepts the implants to create a connection between the living bone and the surface of the implant,” says Prof. Faleh Tamimi, who teaches in the McGill Faculty of Dentistry, and is the senior author on a number of papers published on the subject in recent weeks. “Because some medications affect bone metabolism and the way that bone cells heal and multiply or die, they can have an important effect on the success of implants.”

The McGill research team reviewed data about the integration of dental implants gathered from over 700 patients who were operated on at the East Coast Oral Surgery Clinic in Moncton, New Brunswick between 2007-2015. They then confirmed the results they saw in human patients through studies in rats.

Implications for hip and knee replacements

“We believe that this research may have implications for orthopedic interventions such as hip and knee replacements, because the same mechanisms of bone cell growth break down, and healing take place in all the bones in the body,” says Tamimi. “Our work with implants in rats suggest that this is indeed the case, but further research will be needed to confirm it.”

“We carried out this study because we knew that beta blockers have been reported to increase bone formation,” says Tamimi. “So we thought it was possible that they would also decrease the risk of failure of dental implants. However we didn’t expect that there would be such a clear difference in the failure rates for implants between users and non-users of beta blockers. Randomized clinical trials will need to be carried out as well as other studies of large numbers of patients to investigate this phenomenon in more depth.”

“Scientists already knew that drugs for heartburn reduce calcium absorption in bones and generally increase the risk of bone fractures,” says Tamimi. “That is why we wanted to look at how it affects the integration of implants and bone healing after this type of surgery. But we didn’t expect to find that the negative effects of these type of drugs would be as great as they are. Further work will need to be done to find the appropriate dosages and time periods that people should take or avoid these medications.”