Scientists thought guppies in Northern Trinidad could be a rare example of adaptation to crude oil pollution. But they found something else.

When scientists from McGill learned that some fish were proliferating in rivers and ponds polluted by oil extraction in Southern Trinidad, it caught their attention. They thought they had found a rare example of a species able to adapt to crude oil pollution. 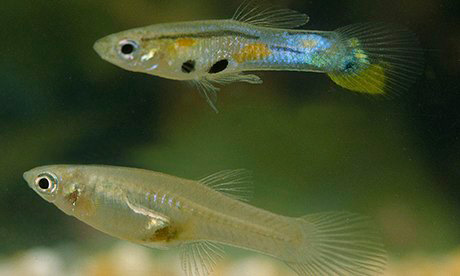 At a time when humans are imposing an unprecedented burden on the world’s ecosystems, studying how organisms can tolerate pollutants is crucial to understanding the impact of human activities – and to helping to mitigate it in the future.

Led by Dr. Gregor Rolshausen, then a postdoctoral researcher at McGill working with Prof. Andrew Hendry, the team went to study the guppy fish living in polluted areas, comparing their morphology and genetic makeup to those of similar guppies from non-polluted parts of Trinidad.

But the key to the guppies’ survival in oil-polluted waters was not what the researchers had expected. Prof. Hendry explains in the video below.