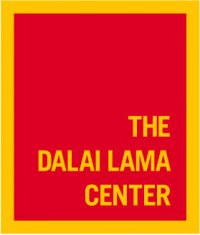 iWastology inspired by “learning room” project in the Philippines

Two students from McGill’s School of Environment will be traveling to the Philippines and to Kenya this summer to hear the stories of children living in slums. Better yet, they’ll teach the kids how to tell their story themselves through video.

“We will show the kids how to film their experience of waste, their perception of it in their community,” says Alex Pritz.

Pritz and Christian Elliott, both undergraduate students originally from Ithaca, NY, are the McGill winners of the inaugural $10,000 Dalai Lama Fellowships, awarded by the Dalai Lama Center for Peace and Education.

“The fact that it’s the first year is exciting because it means we get to set the bar as high as we’d like,” adds Pritz.

McGill is one of only seven institutions – all others based in the United States – to participate in the Center’s program, whose objective is to advance leadership and action in four areas: cross-cultural and inter-religious understanding and cooperation, mitigation of income and wealth inequities, reduction of violence and promotion of environmental sustainability. The faculty mentor for the McGill winning submission was Prof. Danielle Donnelly, from the Faculty of Agricultural and Environmental Sciences.

Pritz and Elliott’s project, named iWastology (“iwasto” in Filipino means “to fix”, Pritz points out) aims to generate classroom-to-classroom discussions with the help of technology (video, but also Skype) between the underprivileged children the pair will visit this summer and students in a North American classroom. The Filipino children, for example, will communicate with students at St. George’s School in Westmount.

iWastology was designed so that the children living in the Philippines will produce videos that answer questions asked by the St. George’s students and vice versa so that each group discovers the reality of the others.

“One of our objectives is to enable the children to do something about their situation, perhaps by starting a composting system or a community garden,” adds Pritz.

Pritz explains that the inspiration for iWastology came from a discussion with Arcie Mallarie, one of this year’s Sauvé Scholars, the program that brings 14 remarkable young leaders to McGill each year. Mallarie is the founder and president of Silid Aralan (“learning room”), an education program that has changed the lives of thousands of underprivileged and academically-challenged students in Mallarie’s native Philippines by mobilizing parents, teachers, government and the private sector.

Pritz will join Mallarie in the Philippines in July to launch iWastology there and then meet up with Elliott, his co-fellow, in Nairobi later this summer to start a chapter of the project there. The team has not yet finalized who will be the Kenyan children’s North American correspondents.

iWastology is not the first initiative by Pritz and Elliott to get recognized. The two are part of Developing Pictures, a video production enterprise launched by Pritz and his friend Will Miller in 2009. Developing Pictures produces documentary or promotional videos for non-profit or aid organizations and received much praise and attention for the work it did in Haiti following the devastating 2010 earthquake, including an award from the Quebec student engagement competition Forces Avenir:  http://publications.mcgill.ca/reporter/2010/11/forces-avenir-awards-four-mcgill-student-projects-among-finalists/)  Among other projects, Developing Pictures continues to be actively involved in Haiti, such as in the reforestation process using bamboo (for more on this project, visit http://www.greenfunder.com/project/20/for%C3%A8-bamboo).