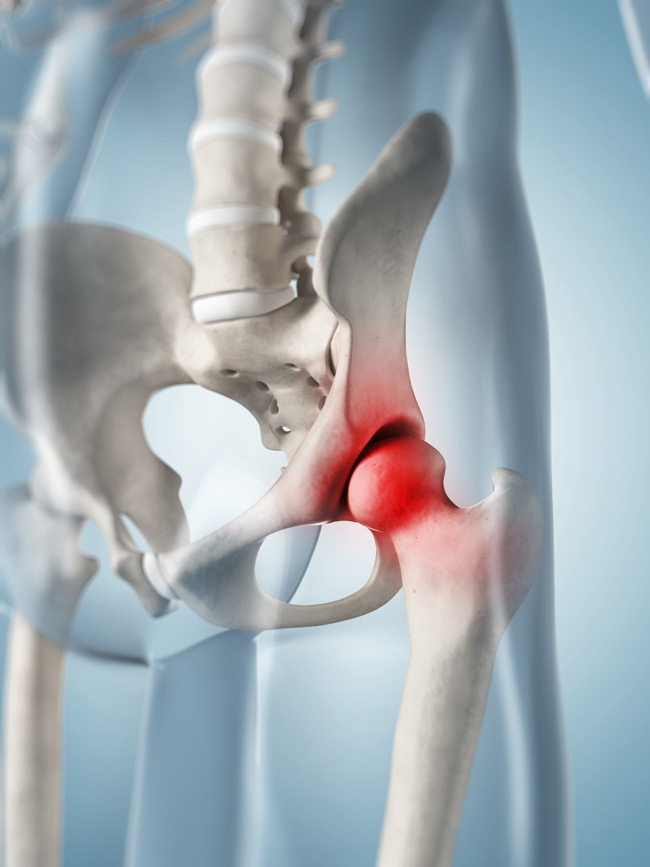 Some potentially good news for aging Baby Boomers: researchers believe that they have developed a hip replacement that will last longer and create fewer problems for the people who receive them than those currently in use. The secret? An implant that “tricks” the host bone into remaining alive by mimicking the varying porosity of real bones.

Interestingly, the key factor that distinguishes the new implant is that it is less, rather than more, solid than those in current use, while still being just as strong.

Damiano Pasini, the man behind the design of the new hip replacement, points at the pyramid-like shapes visible on its surface. The implant is known as a femoral stem and connects the living femur with the artificial hip joint. “What we’ve done throughout the femoral stem is to replicate the gradations of density found in a real femur by using hollowed-out tetrahedra,” he explains. “Despite the fact that there are spaces within the tetrahedra, these forms are incredibly strong and rigid so they’re a very efficient way of carrying a load. Just think of the lattice-work in the legs of the Tour Eiffel.”

Pasini teaches mechanical engineering at McGill and first started working on the concept for the implant more than six years ago. He smiles ruefully as he pulls earlier versions of the implant down from the shelves in his office to show how far he has come since then. He elaborates:

“So because the implant loosely mimics the cellular structure of the porous part of the surrounding femur, it can “trick” the living bone into keeping on working and staying alive. This means that our implant avoids many of the problems associated with those in current use.”

Indeed, the main problem with most implants is that because they are solid, or only porous on the surface, they are much harder and more rigid than natural bone. As a result, the implants absorb much of the stress along with the weight-bearing role that is normally borne by the living femur. Without sufficient stress to stimulate cell formation, the bone material in the living femur then becomes reabsorbed by the body and the bone itself begins to deteriorate and become less dense.

This is one of the reasons that many implants become painful and need to be replaced after a time. It also explains why people often have difficulty if they have to have the same hip replaced a second time, because there simply isn’t enough normal, healthy bone to hold the implant in place.

​Implants not so easy the second-time around

Dr. Michael Tanzer from the Jo Miller Orthopaedic Research Laboratory at McGill has been collaborating with Pasini for several years. “Because people engage in various sports where they may be injured more than they did in the past, we see younger people needing hip replacements more frequently,” says Dr. Tanzer. “And because people are also living longer, they often need to have the same hip replaced a second time. Unfortunately, I’ve seen many cases where people simply don’t have enough living bone for that to work easily. We are optimistic that this implant will reduce these kinds of problems.”

After successfully performing various tests on their implant, the researchers are so convinced that their femoral stem will work that they have already filed patents on it. They believe that because their current design is fully compatible with existing surgical technology for hip replacements it should be easier for the FDA to approve and surgeons to adopt.

In the meantime, Burnett Johnston, who started working with Pasini on developing the implants when he was a Masters student has now enrolled at McGill’s medical school.

His goal? To be the first person to actually implant one of these replacement hips once he qualifies as a surgeon and the new femoral stems have been fully tested, adjusted and accepted – something that Pasini estimates may happen in about three-five years’ time.