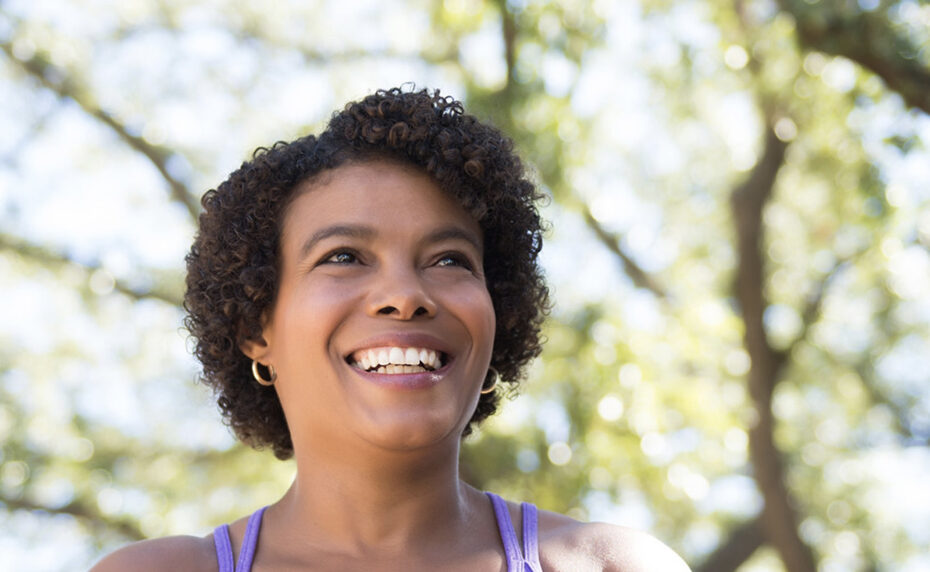 Terri Givens has been appointed as the Provost’s Academic Lead and Advisor (PALA) on McGill’s Action Plan to Address Anti-Black Racism (AP-ABR). A noted political scientist and author, Givens has also joined the Department of Political Science as a Full Professor.

“I am delighted to welcome Professor Terri Givens to McGill University,” said Provost Christopher Manfredi. “An accomplished senior scholar of political science, Professor Givens brings a wealth of experience in research, education, and university leadership. In her new role, she will make critical contributions to McGill’s Action Plan to Address Anti-Black Racism by leading strategic initiatives for the recruitment, retention, and support of Black academic staff – objectives that will benefit greatly from Professor Givens’ insight and that will have a significant impact on our community.”

In her role as PALA, which will begin on July 1, Givens will assume a wide-range of responsibilities including:

Givens will lead a newly-established team composed of talented colleagues hired to advance the University’s AP-ABR and overarching EDI commitments.

Givens earned her BA in International Relations from Stanford University and received her MA and PhD from the University of California, Los Angeles. She served as a professor at the University of Texas at Austin from 2003 to 2015, where she founded the Center for European Studies and was Vice-Provost for Undergraduate Curriculum and International Affairs. As Provost Menlo College from 2015 to 2018, Givens led efforts to develop programs for first generation students, update curriculum and create infrastructure for evidence-based assessment.

Her research and teaching focus on comparative politics, including immigration policy, the politics of race, and anti-discrimination policy in Europe and the U.S. She conducted ground-breaking research on the radical right in Europe in the 1990s and early 2000s.

Givens is the author/editor of books and articles on immigration policy, European politics, and the politics of race. Her most recent book is a memoir, Radical Empathy: Finding a Path to Bridging Racial Divides. There she combines her own experiences with the political, while offering practical steps to call out racism and bring about radical social change.

Recently, the Reporter spoke to Givens, asking her about her the experiences that have led her to this point in her life, and what she sees in her immediate future as the Provost’s Academic Lead and Advisor on McGill’s Action Plan to Address Anti-Black Racism

Tell us a bit about your background.

I grew up in Washington State, in Spokane, and I’m the youngest of seven children. I went to a Catholic High School, Gonzaga Preparatory, which then led me to Stanford University where I ran track and studied political science.

I studied abroad in France when I was a junior for a quarter. Actually, I had been studying French since middle school because my mother is from Louisiana.

After graduating from Stanford University, I worked for six years in non-profit organizations before heading to graduate school at UCLA. I’m the first in my family to complete a four-year degree, and get a PhD.

What were your early research interests?

Right from the start, my research focus was on Europe – specifically issues of race and immigration politics and the radical right in Europe. That opened me up to a lot of the issues that were going on there in terms of discrimination. My first book was on the radical right in Western Europe and anti-immigrant politics. In the early 2000s, I studied the beginnings of EU legislation related to immigration policy, writing several articles and book chapters on the topic. My next book, Legislating Equality, focuses on anti-discrimination policy in Europe.

I started teaching my comparative immigration politics class early in my career. Just this last year, I came out with a textbook focusing on the history of immigration politics as well current integration issues. I’ve always been engaged with these issues as a researcher.

When did you become interested in the discrepancies in health outcomes?

In 2001, my father passed away from a heart attack and I felt the need to look into risk factors. I found that just being a Black man was a risk factor for heart disease.

That initiated my process of thinking how you can be relatively privileged, well off and educated and still have health issues. Over the years, as other family members were dealing with health issues, I began thinking about these issues more deeply, as I talk about in Radical Empathy.

More recently, I was driving around Berkley and listening to a story on NPR about Black maternal health outcomes. They were saying, it doesn’t matter how educated you are or how wealthy you are [if you are Black] you are going to have poorer outcomes.

I was stunned. I already had my two boys and they were healthy and fine, but I couldn’t stop asking: How is it that being Black is the main reason for these terrible outcomes?

I almost wrote Radical Empathy on health outcome data, but there are other people who can do that better than I can. I really wanted to focus on the different aspects of structural discrimination that had impacted my life.

I experienced internalized oppression growing up in Spokane. My parents decided to raise us in this very white city, and they didn’t want us to interact with other Black people because of respectability politics. They felt like we needed to be assimilated, to be able to talk right, dress right and act right.

But it made me feel uncomfortable sometimes when I was around other Black people. I had to get over that and realize that there are a lot of different ways to be African American or Black.

What is the difference between empathy and radical empathy?

Empathy is being able to put yourself in somebody else’s shoes. Radical empathy is actually taking action.

The first step [of radical empathy] is the willingness to be vulnerable. I was vulnerable with you in telling my story about how growing up in white Spokane, made it harder for me to connect with other Black people until I finally figured out that I just have to be myself.

I had to have that vulnerability to be willing to look back and understand why my parents made the choices that they did and, frankly, to have compassion and empathy for them. I had to try to understand how I could be more engaged and involved in those things related to the Black community in a way that was meaningful for me.

The second step is becoming grounded in who you are. First, I had to be vulnerable and then I had to have empathy for myself. I had to be willing to understand who I am, and be proud of who I am.

The fourth step is practicing empathy because empathy does not always come naturally and it’s something we have to practice.

The fifth step is taking action, which can take a variety of forms. Every chapter in Radical Empathy has a whole set of examples of practical actions that people can take.

And then step six is creating change, because you can take action that doesn’t create change, right? So, we need to create change and build trust, and that’s where reconciliation comes in.

How does this relate to McGill’s Action Plan to Address Anti-Black Racism?

Radical empathy is all about taking action and that connects directly to this job – which is taking action and using radical empathy. When I started talking to the folks at McGill about this job, I was struck by how this is a rare opportunity in which we can bring in Black faculty, students and staff, and actually try to create a culture at McGill that is a culture of belonging.

You will also be a professor of political science. How does that fit in?

There’s a reason I insisted on being a faculty member. I believe that the faculty needs to be fully engaged in these processes. I think my most successful time in terms of doing this work was when I first got to UT Austin and I was working with the Center for African and African American Studies. We were working together across departments, not just in Political Science, to bring in faculty from different departments. And we got full support from the Provost.

I’ve seen these initiatives fail when there isn’t that kind of ground-level work being done.

The other side of it is that you have to have buy in from the leadership. One of the reasons I’ve come to McGill is that this initiative has come from the top. You really need that top-down and bottom-up effort. A lot of times I see a top-down effort that doesn’t work because the faculty and others haven’t had a chance to buy in. And then I’ve seen bottom-up fail because there’s no support from the top. It has to be a mutual effort, top down and bottom up and the middle and every other level.

Obviously, not everybody’s going buy into it at first. That’s where radical empathy comes in.

I want to be understanding of everyone’s concerns and issues. Using radical empathy, even if we don’t agree I can at least try to see things from your perspective, and try to figure out a way we can find the solution that is beneficial to all sides.

What can members of the McGill community do to support the work of the AP-ABR?

The first step is to educate yourself and make sure you understand what the Plan is all about.

My first goal is to get to know people, so I would ask people to reach out. I’m very collaborative. It doesn’t matter if we’re remote or not, I’d love to connect with people and talk to them about their plans.

I really don’t want us to be siloed and it’s really important that we are able to reach out across the entire campus and make sure this strategy is working for everybody.

How do you see the AP-ABR in ‘the bigger picture’?

The AP-ABR could change academia, because this is McGill, a high-profile institution. If McGill can do this, what institution of higher learning can say they can’t? That’s why I took the job.

There are so many things we grew up with that we just took for granted – for example, that Black people are going to be discriminated against. As I’m moving up in my career, I know that yes, I’ll be the only Black person in the room most of the time. For so long, we’ve said ‘Hey, this is just what I have to live with.’ But I don’t want to live with this anymore. I want to change it.

How wonderful for McGill to have Dr Terri Givens, a committed change maker, on their team. Congratulations and good luck to you both.

What a wonderful perspective. I am thrilled with your vision and drive.
We will be cheering on the progress of the AP-ABR as you all move forward.

Decolonization is not a metaphor