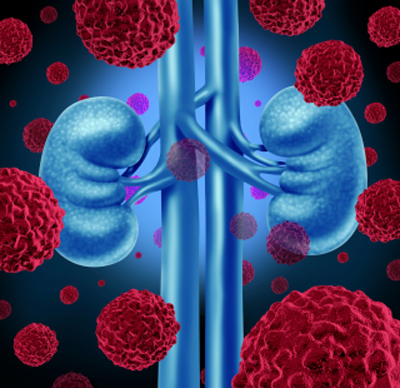 A new study on a large cohort of kidney cancer patients in Europe sheds light on the genetic architecture of the disease — and reveals an apparent link between exposure to aristolochic acid and incidence of kidney cancer, particularly in Romania.

The research, by an international team led by scientists from the McGill and Genome Quebec Innovation Centre in Montreal, underscores the importance of investigating possible sources of exposure to aristolochic acid. The compound, found in plants of the Aristolochia genus, also has been suspected of causing a kidney disease known as Balkan endemic nephropathy, affecting people along the tributaries of the Danube River in Croatia, Bosnia and Herzegovina, Serbia, Bulgaria and Romania. Aristolochia clematitis, or European birthwort, is a common plant throughout the Balkans.

Results of the study, which focused on the most common form of kidney cancer – clear-cell renal cell carcinoma – were reported on Oct. 29 in Nature Communications. Renal cancer accounts for 2.4 per cent of all adult cancers and more than 140,000 deaths annually. Incidence rates have been increasing sharply, with the highest rates occurring in Central Europe.

The researchers performed whole-genome sequencing on DNA isolated from blood and tumour tissue samples and RNA sequencing on tumour and matched normal tissue samples taken from a total of 94 kidney-cancer patients in four countries: the Czech Republic, Romania, Russia and the United Kingdom.

“The most striking observation was the high frequency of a specific type of mutation pattern found in the Romanian patients,” says Yasser Riazalhosseini, an assistant professor of genetics at McGill. “The specific sequence context surrounding these mutations and their predominance on the non-transcribed strand of DNA enabled us to hypothesize that the mutation is due to exposure to aristolochic acid during the patient’s lifetime.”

This same mutation pattern is found in patients suffering from urinary-tract cancer associated with Balkan endemic nephropathy. That disease is thought by many scientists to be due to consumption of wheat flour contaminated with seeds of Aristolochia clematitis. Aristolochic acid is also used in herbal remedies in parts of Asia.

“While the study included only 14 patients from Romania, the specific mutation pattern was found in 12 of them. As a result, we will analyze samples from more patients from Romania and elsewhere in the Balkan region, in follow-up research that is now underway to assess the extent of exposure,” says Professor Mark Lathrop, scientific director of the McGill University and Genome Quebec Innovation Centre, who led the study.

The broader results reported today also confirm that a certain signalling pathway, called PI3K/mTOR, is significantly deregulated in kidney cancer. The study further reveals that a connected pathway, called focal adhesion, is affected by molecular aberrations in many patients. “This finding adds to evidence that targeted therapies for PI3K/mTOR signaling may be applied effectively to kidney cancer, and may help patients affected by abnormalities of the focal adhesion pathway, as well,” Riazalhosseini says.

The study was conducted under the Cancer Genomics of the Kidney (CAGEKID) program as part of the International Cancer Genome Consortium (ICGC). The CAGEKID program is led by Mark Lathrop, and collaborating institutions involved in the study include the International Agency for Research on Cancer and the Centre National de Génotypage in France, Cancer Research UK Centre, St James’s University Hospital, Leeds and the European Bioinformatics Institute in the UK.

“This tumour genomic project is unique in that it is based on samples from various countries, with potential diversity in risk factors,” says Ghislaine Scelo of the International Agency for Research on Cancer. “Our study illustrates that systematic exploration of tumour DNA via massive sequencing can identify previously unsuspected causes of cancer.”