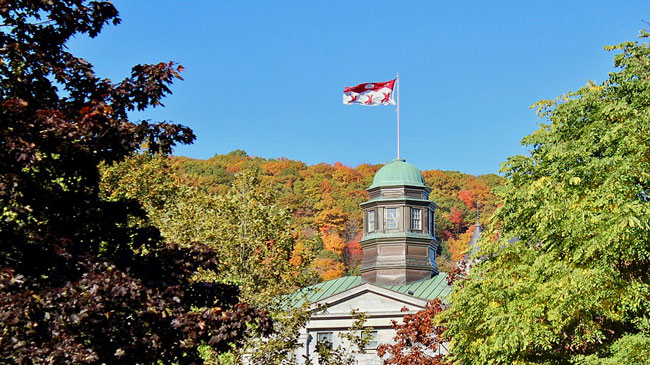 McGill moved a step closer to establishing a policy against sexual violence following a discussion at Senate’s meeting of Wednesday, Oct. 19.

The draft policy, which is expected to return to Senate in either November or December for approval, is based on three pillars: reducing the incidence of sexual assault through education; supporting survivors to the fullest extent possible; ensuring that McGill maintains the principles of natural justice in dealing with incidents that do occur.

Provost and Vice-Principal (Academic) Christopher Manfredi mentioned two commitments made last April: that a policy would be ready for approval before the end of the calendar year and that additional resources would be allocated to dealing with sexual assault. “We have put in place the process to hire a second person, as well as securing office space that provides greater accessibility, confidentiality,” he said. “We’re moving forward on the resource question as we speak.”

The purpose of the draft policy is to affirm McGill’s commitment to survivors, Manfredi said, and recognize institutional accountability. “The aim is to assure support for survivors,” Manfredi said, in a way that is not conditional on a disciplinary process or criminal investigation, although the University retains an unwavering belief in judicial equity.

“A policy on its own will not do all of the work.”

Manfredi expressed gratitude for the work done by the Student Working Group that, over the past couple of years, laid down the foundations of the new draft policy. “We are extremely grateful for the hard work they did. It is the foundation of this,” he told Senate, adding that the work the students did needs to be recognized and commended.

A considerable amount of consultation has taken place over the last few months, including hours of individual and group consultations over the summer. This process, including an invitation to the community to offer suggestions, produced 175 responses, Manfredi said, while student focus groups organized by the Student Society of McGill University (SSMU) and the Post-Graduate Student Society (PGSS) generated even more responses.

Following the October Senate meeting, where the draft policy was presented for information and discussion, it will be adjusted to take account of the feedback and brought back to Senate for approval.

The ultimate responsibility for ensuring that the eventual policy is effective falls on the office of the Provost, Manfredi said in answer to one of the comparatively few questions raised during the presentation.

Manfredi also noted that his office had taken a look at what other universities in Canada have done with an issue that is attracting more and more attention on campuses nationwide.

He noted that there is a Frequently Asked Questions section on his webpage to help explain various aspects of the proposed policy.

Dean of Law Robert Leckey said he was glad to see the draft policy come forward. “McGill has not always been as proactive as it should have been,” he said. “There has sometimes been a perception that McGill’s leadership has been silent on it. This seems to do a pretty good job of balancing different points of view and comments.”

Others, both professors and student senators, had praise for the draft and expressed an eagerness to have the policy passed as soon as possible.