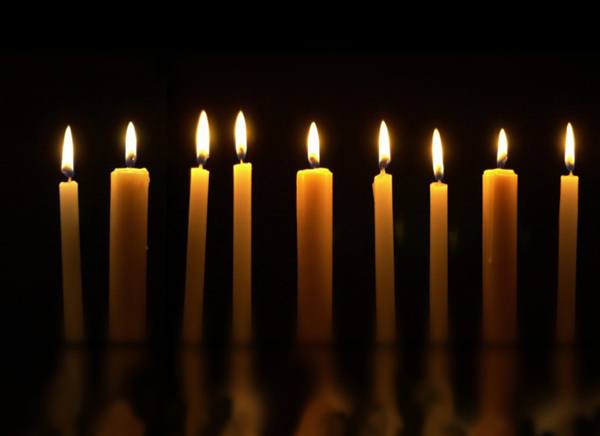 Three McGill students who lived through the 1994 Rwandan genocide organized a candlelight vigil to remember the people lost – and the lessons learned.

“People vanish,” says McGill student Ignace Nikwivuze, “the world never vanishes.” Nikwivuze was a toddler living in Rwamagana, a small town in eastern Rwanda, when a carefully planned genocide swept through his country. This month marks the 20th anniversary of the tragedy, which saw government soldiers and militia target the Tutsis ethnic population. One hundred days later, at least 800,000 people – more than a million by some estimates – were dead, including many members of Nikwivuze’s family as well as countless friends and neighbours.

To remember the people lost during the genocide, Nikwivuze and fellow students Jackie Bagwiza Uwizeyimana and Eric Moses Gashirabake organized a candlelight vigil that took place on April 8 at 6 p.m. in the Atrium of the New Chancellor Day Hall (3644 Peel Street).

Nikwivuze and Uwizeyimana are studying at McGill as part of the MasterCard Foundation Scholars Program. Gashirabake is a student in the Faculty of Law. All three are survivors of the genocide. All three lost family and friends during the violence.

“Each and every family was affected directly,” says Nikwivuze, who notes that even non-Tutsis moderates who objected to the violence were killed. “It would be hard to find a person in Rwanda who did not lose someone in this tragedy.”

During tonight’s vigil, the students will share their personal stories about life during, and after, the terrible events of 1994. Julie Norman, a visiting professor in the Department of Political Science, will also speak about the importance of remembering mass atrocities.

The vigil is part of a worldwide remembrance. Yesterday, Rwandan President Paul Kagame lit a flame that will burn for 100 days at the national genocide memorial in Kigali. Here in Montreal, members of the local Rwandan community gathered at City Hall to share their stories during a solemn service.

“The people who were there when the tragedy took place, the people who saw the massive killings and who lived with the consequence of it, they really understand,” says Ignace Nikwivuze. “What I can tell the people who weren’t there is that life is built by people and it’s destroyed by people. Education is so important. When I look back at my country before genocide, I understand that all those things happened because people were easily fooled. For a million people to die in just 100 days, it means that millions of people were involved—and that shows that millions of people could not make the right choice.

“Through education, you can know your own responsibility for your own actions. At a certain level, a person needs to identify what is right and what is wrong – and to envision the future and see that what they’re doing now will have an impact in ten or twenty or thirty years.”

McGill named one of the world’s most international universities