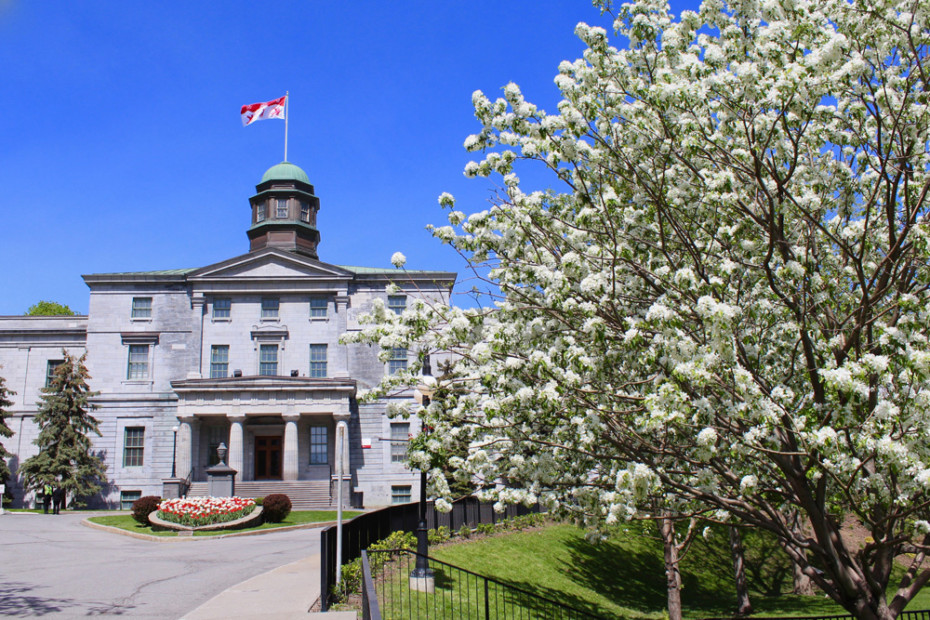 Two graduate students in the Faculty of Education, Caitlin Gilpin and Christopher Reid, have been named as recipients of the Rathlyn Fellowship, given out each year to Indigenous graduate students at McGill to allow them to pursue a degree tied to the study of Canada. Each recipient of the Rathlyn Fellowship gets $25,000 to help cover the student’s expenses as they continue their education.

The Rathlyn Fellowship is the brainchild of businessman and philanthropist Roger Warren who, with his late wife Mary, established the Rathlyn Foundation  in 1984 to support medical research, veterinary science, and education at institutions across Canada. Since then, the Foundation has endowed graduate and professional degree fellowships across several faculties. Warren was a recipient of an honorary Doctor of Laws at the Fall 2021 Convocation.

Caitlin Gilpin was born and raised in the Cree community of Wemindji, Quebec, on the east coast of James Bay, about 1,400 kilometres north of Montreal. She is currently pursuing a Masters of Education in Educational Psychology, studying the concept of implicit theories of intelligence, based on the work of American psychologist and Stanford University professor Carol Dweck. During the three years she worked as a coordinator for a summer school for high school students in her community, Gilpin became convinced that intelligence isn’t something people are born with, but rather, that intelligence can be grown and nurtured.

“I noticed students who would find stuff hard, and would just make negative attributions and stop trying,” Gilpin said. “My theory is that people with a more malleable view of intelligence do better in school – not necessarily because they’re smarter, but because when they hit obstacles, they see them as opportunities to learn.”

Christopher Reid, of the Nisga’a nation, is completing a PhD in Educational Studies, focusing on urban Indigenous people’s experiences with land education, public schooling, and historical education. Reid is currently teaching a seminar dealing with Indigenous critiques of schooling and colonialism.

Reid is also involved with several education-oriented Indigenous community projects in Montreal, including Restoring our Roots, which helps Indigenous youth reconnect with their culture and heritage, and Land as our Teacher, a five-year research project funded by the Social Sciences and Humanities Research Council of Canada which explores the benefits of land-based teachings for Indigenous young people. He also serves on the board of directors of Rising Sun Childcare Centre, the city’s only public daycare centre, whose mission is to provide educational and cultural programs for First Nations, Inuit, and Métis children.

Reid serves as a volunteer on the Steering Committee for Indigenous Climate Action, a national organization dedicated to finding solutions to climate change by taking the rights and the knowledge systems of Indigenous peoples into account.

McGill ranks among the best Medical/Doctoral Universities of the...