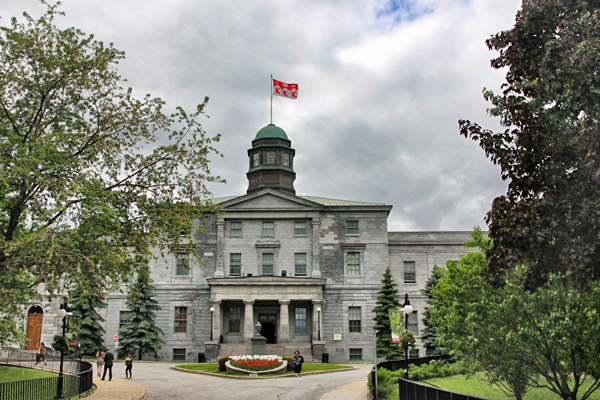 The provincial budget tabled on March 26, by Minister of Finance Carlos Leitão is Quebec’s first balanced budget since 2008. At the same time as this budget announcement, the President of the Treasury Board, Martin Coiteux, indicated that in order to achieve a zero deficit for the fiscal year, growth in program spending will have to be lower than last year. Across all portfolios, the increase will be 1.2 per cent (compared with 2.1 per cent last year). However, the increase for the education sector, including universities, will be limited to only 0.2 per cent.

It is always confusing to speak about an increase, when in fact the budgeted “spending limits” will, for the fourth consecutive year, represent a substantial decrease in the funding allocations to universities in the Quebec network with respect to what the government itself considers the system’s legitimate “needs.

Our initial reading of the documents that were circulated and of various statements made by government officials is that the cut for universities will be approximately $70 million of which our share is estimated to be around $11 million dollars.

In preparing McGill’s budget for FY2016, the Office of the Budget had already made provision for a cut of approximately $6 million. Finding an additional $5 million at this late date in finalizing McGill’s Budget Book will not be easy. Since FY2012, funding expected from Quebec has been reduced by some $50 million in three tranches: $19 million (2013), $20 million (2015), and now $11 million (2016).

There were other, smaller items mentioned in the budget speech and associated documents that I would like to bring to your attention:

The announcements from Quebec are disappointing, but not totally unexpected given the Province’s financial situation and its need to balance the books. Unfortunately, the cuts are larger than anticipated.

As I have mentioned in previous communication on our own budget, we will be proposing a deficit budget for McGill in order to preserve our academic and research mission and to allow us to remain competitive for the best students, professors, and staff. Keeping that deficit to an acceptable level has not been made easier by the Quebec budget for 2015-16.

Other universities are planning to go on street to make the government to change its mind. Shall we do the same thing?