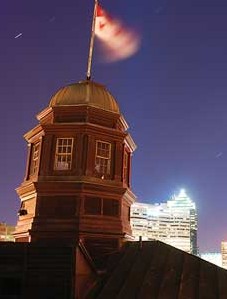 McGill ranks first in Canada and 17th in the world in the 2011 World University Rankings, published annually by the British firm QS.

McGill, which placed in the top 25 universities globally for the eighth consecutive year, moved up two spots from its 2010 position of 19th.

“McGill’s consistently strong performance in these rankings is particularly gratifying, reflecting the University’s outstanding contributions in teaching, research and innovation across a broad range of academic fields,” said Principal and Vice-Chancellor Heather Munroe-Blum.

In the 2011 QS rankings by subject, released earlier this summer, McGill placed among the world’s top 25 schools in 19 disciplines, in fields ranging from the humanities and social sciences to law, medicine, engineering and the natural sciences. Read more about those rankings here: http://publications.mcgill.ca/reporter/2011/08/qs-rankings-mcgill-among-world%E2%80%99s-best-in-broad-range-of-subjects/.