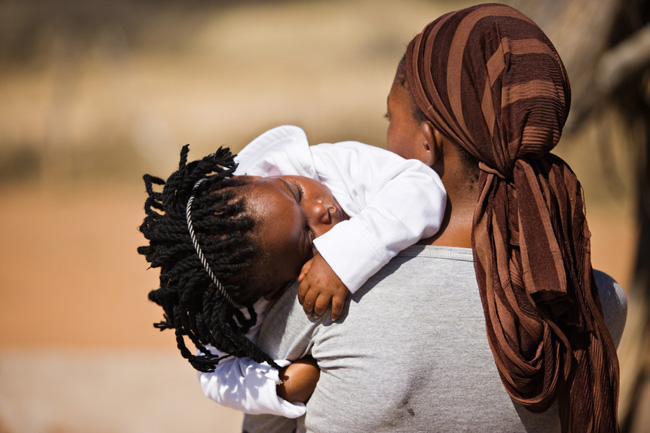 According to the World Health Organization (WHO), 150,000 children with HIV under 15 years of age died of opportunistic infections in low-to-middle income countries in 2014 alone. But a study recently published in the journal of Clinical Infectious Diseases suggests that not only were many of these infections and deaths potentially preventable had the children received antiretroviral therapy (ART) to support their depleted immune systems, but doing so in future would result in annual savings of close to USD$ 18 million per year for health organizations around the world because they would reduce the costs of treating the diseases the children develop.

“At the moment, only about one third of children under the age of 15 who are in need of ART are likely to receive antiretroviral treatment, compared with two-thirds of adults,” says Dr. Marie-Renée B-Lajoie, from McGill’s Dept. of Family Medicine, who led the research. “This means that there are still large numbers of children with HIV, particularly in Sub-Saharan Africa, who are vulnerable to opportunistic and other infections diseases such as TB, bacterial pneumonia and diarrhea. And that the costs of treating them, both in financial and human terms remain very high.”

New ART guidelines from WHO

The research team arrived at these conclusions after reviewing data from a total of 88 studies covering close to twenty years between 1990 and 2013 and involving almost 56,000 children with HIV, living in low and middle-income countries in Sub-Saharan Africa, Latin America and the Caribbean, and Asia. They note that the 2015 WHO guidelines now recommend ART initiation for all children and adolescents, with priority given to those who have yet to reach their first birthday.

“Although the numbers of newly infected children as well as the numbers of children who die from HIV-related deaths has declined dramatically since 2000, despite WHO recommendations, children are still less likely to be offered ART treatment than adults,” says Lajoie.”But the research shows that there is still a need for more programs for early infant diagnosis of HIV, as well as better mother-child prevention programs and better supply systems to provide pediatric strength ART needed to reduce and eventually eliminate HIV in children in low and middle-income countries.”