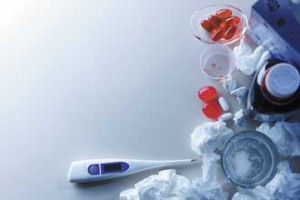 If second wave hits, McGill will be ready

Why is this school year different from all other school years? It can all be summed up in two letters and one number: H1N1.

Like every other educational institution in Canada, McGill has spent the last several months preparing for a possible second wave of the H1N1 influenza pandemic that struck first in Mexico in April. Though H1N1’s impact has so far been milder than initially feared, health officials have reason for concern as students congregate on campuses and in dorms just when the regular flu season doubles up with H1N1. Previous pandemic flu outbreaks in 1918, 1957 and 1968 came in multiple waves, with the second and (in the 1918 case) third waves being far more serious than the first. No one is expecting a repeat of the deadly 1918 Spanish Flu which killed millions worldwide; in fact H1N1 has generally caused only minor symptoms in the majority of cases.

Nevertheless, there have been some deaths and complacency isn’t an option when dealing with flu. For its part, the Public Health Agency of Canada says that schools at all levels are “known settings” for transmission of the influenza virus, and current epidemiology suggests that people between the ages of 18 and 25 are at particular risk of catching it.

“That doesn’t necessarily mean that they’re the sickest group,” said Dr. Pierre-Paul Tellier, Director of McGill’s Student Health Services and of the Office of Student Affairs at the Faculty of Medicine. “It just means that the highest numbers of patients are in this range.”

One of the university’s first steps was to revise and revitalize the existing Health & Wellness website at www.mcgill.ca/health and turn it into a one-stop shop for H1N1 information. Next, contingency plans covering aspects of university life were drawn up for areas like student health, residences, food services, academics and human resources.

“Student Health Services has elaborated a plan to deal with various levels of emergencies,” explained Dr. Tellier. “Since the initial fears about avian flu several years ago, we had developed educational materials. We have stored hand sanitizers and masks and have a plan to reorganize the clinic depending on how severe the situation might be.”

McGill Residences has also put a detailed plan into effect to reduce the potential spread of H1N1 among students living on campus.

“There are different plans which vary depending on how serious the illness might be,” Dr. Tellier said. “If it has very little impact, then things will continue as normal. On the other hand, if they’re more affected, students will be trained to assist with a variety of functions. Students who are ill will be asked to stay in their rooms and be given masks if they need to leave. There will be room service, with food delivered to the student, and also special menus for the sick.”

Individual faculties and McGill’s Human Resources department have also elaborated plans to maintain educational and institutional continuity in the event large numbers of professors or staff members become ill or are forced to take time off to care for sick family members. Every department and unit has been asked to identify essential services and key personnel and make sure that someone is trained to back them up. Among other things, existing distance education and telecommuting technologies will be called into play if it becomes necessary for large numbers of students, staff and faculty members to work from home. In particular professors are being encouraged to use McGill’s sophisticated distance learning infrastructure to pre-record lectures and put as much of their course materials online as possible.

“The worst part of any of these health crises is rarely the disease itself,” Dr. Tellier told the Canadian Press in early August. “It’s really dealing with the population who become very anxious and very stressed. You need to constantly explain and update things on an ongoing basis, and that’s where a lot of your energy is spent.”