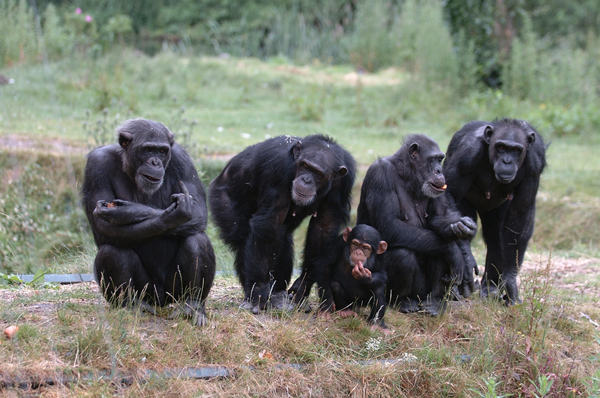 Study examines ‘costs’ of innovation, learning from others

Learning from others and innovation have undoubtedly helped advance civilization. But these behaviours can carry costs as well as benefits. And a new study by an international team of evolutionary biologists sheds light on how one particular cost – increased exposure to parasites – may affect cultural evolution in non-human primates.

“We tend to focus on innovation and learning from others as a good thing, but their costs have received relatively little attention,” says McGill biologist Simon Reader, co-author of the study. “Here, we uncover evidence that socially transmitted pathogen burdens rise with learning from others – perhaps because close interaction is needed for such learning – and environmentally transmitted pathogen burdens rise with exploratory behaviour such as innovation and extractive foraging.”

Chimpanzees, for example, live in groups and have a wide range of such behaviours, such as digging for food underground or eating new kinds of insects. Previously, studies have not been able to determine whether costly parasites force primates to engage in more exploratory behaviour – by diversifying food sources, for example – or whether exploratory behaviour leads to their having more parasites, Reader notes. “Our results support the idea that exploratory and social behaviours expose primates to specific kinds of parasites.”

“The findings also lead to questions about how people and other primates have developed solutions to minimize these parasite costs – such as eating medicinal plants – and may help us better understand how the processes underlying human culture arose,” Reader says.

The research team, led by Collin McCabe of Harvard University and Charles Nunn of Duke University, based their analyses on databases obtained by surveying thousands of articles on primate behaviour and parasites.

To read the study, go here.