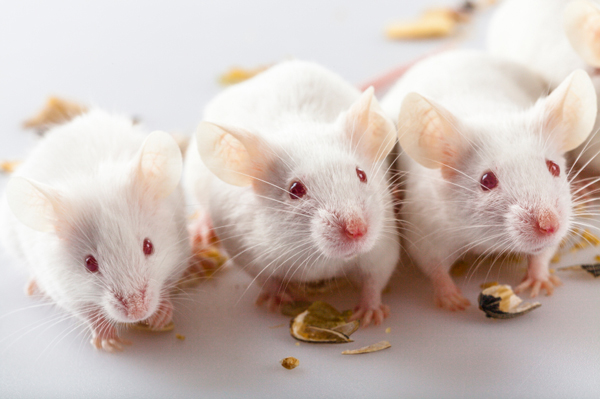 “Not tonight, dear, I have a headache.” Generally speaking, that line is attributed to the wife in a couple, implying that women’s sexual desire is more affected by pain than men’s.

Now, researchers from McGill and Concordia University have investigated, possibly for the first time in any species, the direct impact of pain on sexual behaviour in mice. Their study, published in the April 23 issue of The Journal of Neuroscience, found that pain from inflammation greatly reduced sexual motivation in female mice in heat – but had no such effect on male mice.

“We know from other studies that women’s sexual desire is far more dependent on context than men’s – but whether this is due to biological or social/cultural factors, such as upbringing and media influence, isn’t known,” says psychology professor Jeffrey Mogil, a corresponding author of the new study. “Our finding that female mice, too, show pain-inhibited sexual desire suggests there may be an evolutionary biology explanation for these effects in humans – and not simply a sociocultural one.”

To conduct the study, the researchers placed mice in a mating chamber divided by a barrier with openings too small for male mice to squeeze through. This enabled the females to decide whether, and for how long, to spend time with a male partner. Female mice in pain spent less time on the “male side” of the testing chamber, and as a result less sexual behaviour occurred. The researchers found that the sexual motivation of the female mice could be revived, however with a pain-relieving drug (pregabalin) or with either of two known desire-enhancing drugs.

Male mice, for their part, were tested in an undivided chamber in which they had free access to a female partner in heat. Their sexual behaviour was entirely unaffected by the same inflammatory pain. There were no differences in pain perception between the sexes, the researchers determined.

“Chronic pain is very often accompanied by sexual problems in humans,” says Yitzchak Binik, a professor of psychology at McGill and Director of the Sex and Couple Therapy Service at the McGill University Health Center. “This research provides an animal model of pain-inhibited sexual desire that will help scientists study this important symptom of chronic pain.”

Melissa Farmer, now a postdoctoral fellow at Northwestern University, led the study as a doctoral student at McGill under the supervision of Mogil, a pain researcher, and Binik, a human sexual-disorder researcher.

James Pfaus of Concordia University’s Centre for Studies in Behavioral Neurobiology, an expert on rodent sexual behaviour, also co-authored the study. “The sex differences in pain reactivity open new doors to understanding how sexual responses are organized in the brain,” Pfaus said. “In fact, the growing trend towards personalized medicine requires us to understand how particular ailments, along with their treatments, might impact the sexual lives of women and men.“