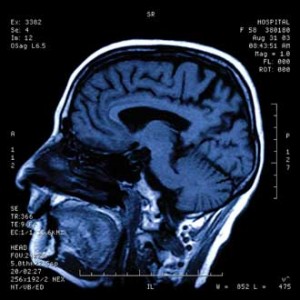 New imaging centre will be among world’s best

At the moment, there is just empty space between two pavilions at the Douglas Mental Health University Institute. But, if everything goes according to plan – and it has to – come March 2011, one of the world’s top brain-imaging centres will open its doors on that exact spot.

Almost $20 million of the $103 million awarded to McGill as part of the federal and provincial governments’ Knowledge Infrastructure Program (KIP) has been earmarked for the facility, with construction set

to get under way in November. And, unlike the KIP work slated for the downtown campus (see On your mark. Get set. Renovate), this is not an exercise in renewal and upgrading. The completion of this new 1,500 square-metre facility will further solidify the Douglas as one of the nation’s foremost psychiatric hospitals.

“We will be only the second psychiatric institution in Canada to have its own brain imaging centre,” said Dr. Martin Lepage, Director, Brain Imaging Group, Douglas Institute. “And there aren’t that many around the world because they are usually a part of a general hospital. This reflects the importance we place on psychiatry here.”

The centerpieces of the facility will be a pair of state-of-the-art brain scanners, one for people and the other for animals.

The 3 Telsa MRI scanner for humans will allow a significant increase in the range of clinical populations who can be examined safely (pediatric populations, patients in internal units, etc.) and will greatly facilitate longitudinal monitoring of these populations. It could also significantly improve diagnostic techniques and treatment.

“Currently in the field of psychiatry, all diagnoses – whether it is for major depression, anxiety disorders, schizophrenia, etc. – are based on observation of patients and self-reports,” said Lepage. “Right now, we have no biological markers of these disorders – even though it is quite obvious that the brain is involved. Imaging is one way to gain a better understanding of the neural substrate of those different conditions.”

“For example, schizophrenia has a very variable trajectory,” said Lepage. “Some people recover fully and are able to go back to school or work. Others will have persistent symptoms related to psychosis or other dimensions. Right now we can’t predict the outcome. We hope to use brain-imaging measures to help us make these predictions. The idea is to offer a different or more aggressive treatment for those who are more likely to have a poor outcome and help them avoid spending two or three years unable to work or attend school.”

The second big-ticket item is a 7 Telsa MRI scanner for small animals. This powerful brain-imaging tool will allow researchers to follow the development of brains over time and see how they are effected by such things as stress and substance abuse. “The idea is to develop animal models for different disorders and see how certain conditions can impact the brain over time,” said Lepage.

And while the MRI scanners will be the crown jewels of the new centre, the facility will also offer a variety of complementary human imaging techniques, including cerebral electrophysiology, physiological monitoring and transcranial magnetic stimulation.

“These smaller items are also very promising,” said Lepage. “For example, using transcranial magnetic stimulation, we can apply a magnetic field over brain for one hour a day  for a few weeks to significantly alleviate the symptoms of depression. It is quite a new technique and there aren’t that many facilities with these machines. We’ll have two.”