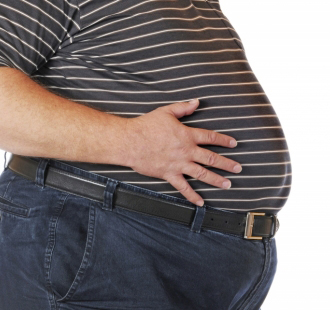 ‘Tis the season to indulge. However, restraint may be best according to a new study led by investigators at McGill and the Research Institute of the McGill University Health Centre (RI-MUHC). The researchers examined the relationship between body weight and life expectancy. Their findings show that overweight and obese individuals have the potential to decrease life expectancy by up to eight years. The study, published in the current issue of The Lancet Diabetes and Endocrinology, further demonstrates that when one considers that these individuals may also develop diabetes or cardiovascular disease earlier in life, this excess weight can rob them of nearly two decades of healthy life.

“In collaboration with researchers from the University of Calgary and the University of British Columbia our team has developed a computer model to help doctors and their patients better understand how excess body weight contributes to reduced life expectancy and premature development of heart disease and diabetes,” says lead author Dr. Steven Grover, a Clinical Epidemiologist at the RI-MUHC and a Professor of Medicine at McGill.

Diabetes and cardiovascular disease: the predictors of health

Dr. Grover and his colleagues used data from the National Health and Nutrition Examination Survey (from years 2003 to 2010) to develop a model that estimates the annual risk of diabetes and cardiovascular disease in adults with different body weights. This data from almost 4,000 individuals was also used to analyze the contribution of excess body weight to years of life lost and healthy years of life lost.

“The pattern is clear – the more an individual weighs and the younger their age, the greater the effect on their health,” Dr. Grover adds. “In terms of life-expectancy, we feel being overweight is as bad as cigarette smoking.”

The next steps are to personalize this information in order to make it more relevant and compelling for patients. “What may be interesting for patients are the ’what if?’ questions. What if they lose 10 to 15 pounds? Or, what if they are more active? How will this change the numbers?” says Dr. Grover. The research team is now conducting a three year study in community pharmacies across the country to see if engaging patients with this information and then offering them a web-based e-health program will help them adopt healthier lifestyles, including healthier diets and regular physical activity.

“These clinically meaningful models are useful for patients, and their healthcare professionals, to better appreciate the issues and the benefits of a healthier lifestyle, which we know is difficult for many of us to adopt and maintain, Dr. Grover adds.