On August 10, the Natural Sciences and Engineering Research Council (NSERC) announced the recipients of the 2018 NSERC Strategic Partnership Grants program. Eight McGill-led projects are receiving more than $4.4 million to collaborate with a supporting organization on strategic research in hopes of enhancing Canada’s economy, society, and environment within the next 10 years. 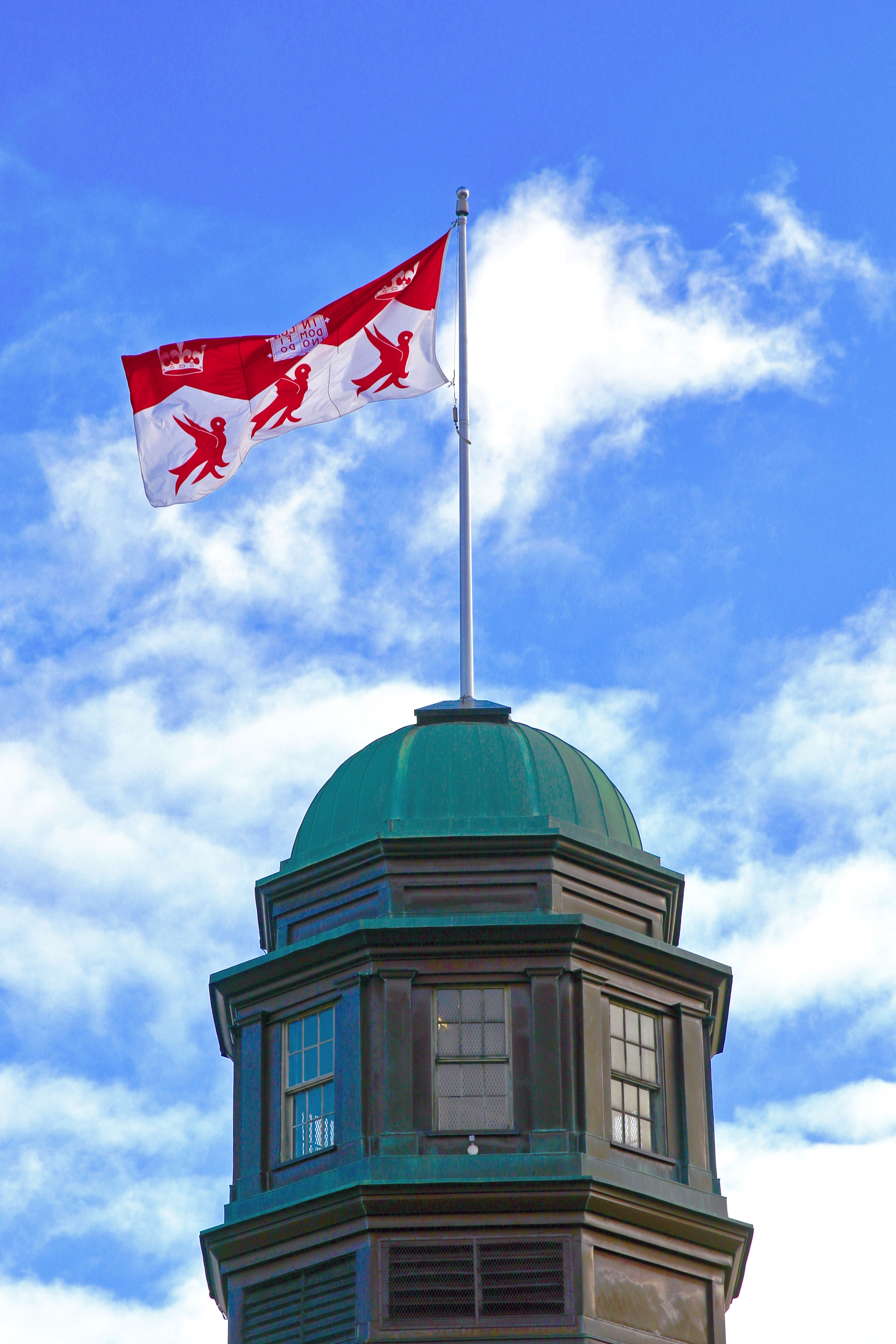 Also announced was the McGill recipient of the Strategic Partnership Grants for Networks, Professor Gregory Dudek of the School of Computer Science. His large-scale multidisciplinary research project, the NSERC Canadian Robotics Network (NCRN), was awarded $5.5 million in funding over five years. The network brings together a team of Canadian robotics researchers, companies, and government players in an initiative focused on injecting valuable new robotic technologies and software into Canadian industry.

“This grant recognizes the importance and emergence of robotics as a critical sector for future socio-economic impact and growth in Canada,” said Professor Dudek. “We have an amazing team of academic, industrial and government players that span the country and who can use this support to enhance their research impact and productivity.”

The NCRN will work on robotics technology for smart Internet-enabled devices that can drive down the road, swim underwater, monitor a shopping mall, or fly over valuable natural resources, all based on interrelated core science and technology.

“We are very grateful for the support shown by NSERC for awarding the Strategic Partnership Grants. Thanks to their generosity, McGill researchers will continue to create strong partnerships with industries and government agencies, sharing new ideas and driving important technological advances,” said Martha Crago, Vice-Principal, Research and Innovation. “I applaud the nine McGill recipients whose innovative and bold projects will benefit Canada’s economic, social and environmental future.”

The McGill researchers chosen by NSERC for a Strategic Partnership Grant include:

Clean, carbon-free sources of energy are essential for the economic development of the Canadian Arctic to replace the key role of diesel generators, which are pollutants and lead to carbon dioxide emissions that cause climate change. The concept of metal fuels, proposed by Professor Bergthorson’s team of scientists, appears to be the only alternative solution that meets all of the constraints for a good low-carbon energy carrier: safe, energy dense, reliable, and producible on very large scales at low cost. This new form of energy carrier will favor the development of renewable energy across the country, create the possibility to extract natural resources in remote locations in an environmentally friendly way, and develop international markets for the future export of Canada’s excess clean electricity through metal fuels.

Climate change and environmental pollution will have a great impact on food security worldwide. The temperature increases cause and will continue to cause more frequent drought events and, as such, increasing concentrations of soluble chemicals (such as salt) in the field. The persistent expansion of aridity will carry a drastic “over use” of fields causing the depletion of essential nutritional components of the soil such as nitrogen. Therefore, it is prudent to respond by developing major improvements in plant breeding programs and agricultural technology. The power combination of functional genomics, bioinformatics and phenomics is key to achieve this objective. This study will provide the development of essential elements in breeding and bioengineering programs to develop climate-change-resilient plants.

In this project, Professor Cerruti’s team will be engineering graphene oxide membranes to achieve high fidelity speakers with low dimensional materials. Graphene is a single atomic layer of carbon atoms that is ultra-light and ultra-stiff, but unsuitable for direct integration into consumer audio products. Chemically processed graphene, known as graphene oxide, can be easily processed with water-based chemistry and dried out into ultra-light and ultra-stiff films. Graphene oxide membranes are superior to commonly used Mylar membranes for acoustic applications, enabling improved sound fidelity with lower electrical power consumption. The successful completion of the project will strengthen Canada’s global leadership position in the application of graphene materials in new technologies.

The late Mesoproterozoic Bylot basins in northeastern Nunavut are important both for their resource potential and for the information they preserve on the tectonic history of Proterozoic North America and the biogeochemical evolution of Earth’s surface environment. The Fury and Hecla basin is the least studied of the Bylot basins. Professor Halverson’s team will join The Canada-Nunavut Geoscience Office (C-NGO) in their fieldwork study of the basin. The results will contribute directly to expanding geoscience knowledge in Nunavut while also providing important geological and geochemical baselines for future mineral exploration and documenting the biogeochemical evolution of the atmosphere and oceans at a time when oxygen levels were increasing.

Biomass thermolysis is a promising and already industrially implemented approach for the production of liquid hydrocarbons that can be used as transportation fuel. The recent discoveries in Professor Li’s group of direct catalytic amination of phenols provides a new “green chemistry” opportunity to enhance the economic feasibility of biomass utilization by converting the lignin phenols into aromatic amines. The successful realization of the project could have a major impact on the chemical and materials sectors of Canadian economy, and in the long term, contribute to sustainable energy solutions.

This project addresses scientifically one of the most complex aspects of music: the use of timbre — the complex set of tone colours that distinguish sounds emanating from different instruments or their blended combinations — to shape music through various modes of orchestration. This first-of-its-kind project will lead to the creation of information technologies for human interaction with digital media that will radically change orchestration pedagogy, provide better tools for the computer-aided interactive creation of musical content, and lead to a better understanding of perceptual principles underlying orchestration practice. The project will lead to generic multimodal learning and analysis techniques broadly applicable to the fields of machine learning and computational perception that will place Canada at the forefront of interdisciplinary innovation.

The Great Lakes basin supports a $7 billion fishery that is increasingly threatened by climate change and aquatic invasive species. Accurate risk assessments are urgently needed to help identify and prioritize invasive species that pose the greatest ecological threats to the basin. Previous risk assessments in the Great Lakes have not considered how invasion threats are influenced by climate change. To address this gap, Professor Ricciardi and his team will use an innovative experimental approach that tests the impact of invasive fishes relative to the baseline impacts of native fishes on the broader ecological community. In addition, they will revise risk assessments previously conducted for several hundred freshwater fish species sold as food or pets. This project will combine scientific and management expertise through a collaborative partnership with Fisheries and Oceans Canada.

The biggest issue facing the planet is climate change, caused mainly by CO2 emissions generated by combustion of fossil fuels by industry, automobiles and heating of buildings. To mitigate climate change, there should be extensive efforts to find economically sustainable solutions for the use of wood. At present, the large-scale uses of wood are for building materials, paper and textile. This project deals with a new way of making functional cellulose fibers, which can be made into filaments, smart textiles, high value cellulose biomaterials, such as superhydrophobic fibers and fibers of high tenacity, as well as high value dyed fibers. The long-term vision is to have a sustainable cellulose bio-product industry in Canada, thus increasing considerably the use of wood. The strengthening of the Canadian forest industry will benefit Canada, create jobs and contribute greatly to the gradual conversion of a fossil fuel based economy to a true bio-economy.