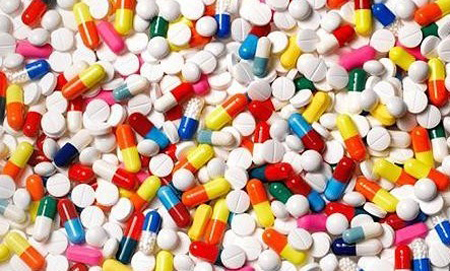 Stalled drug trials provide information that needs to be shared

Lots of potentially useful medical information is getting lost. McGill researchers discovered this when they looked into the lack of reporting of information from “stalled drug” trials in cancer, cardiovascular and neurological diseases.

“Stalled drugs” are drugs that fail to make it to the market either because they prove to be ineffective or unsafe or both. Because only one in ten of the drugs that goes into human testing actually gets licensed, most of the information collected in developing new drugs is currently being lost. This is despite the fact that this information is critical for effective care, protecting patients, and discovering better drugs.

“We focused on drug trials in these three areas because they are a major focus for drug development,” says Jonathan Kimmelman who is Associate Professor of Biomedical Ethics and is the lead author on the study that was published today in the British Medical Journal. “We expected to see that many of these trials are never published. What surprised us was the magnitude of the data withholding.”

Indeed, between 2005 and 2009, the period that the researchers studied, only about 37 per cent of registered trials for “stalled” drug trials were actually published. For the approved drugs developed in the same period, 75 per cent of the trials were published.

The researchers believe information sharing –  even for drugs that stall in development – offers clues about how to deliver care or develop drugs more effectively. Findings from trials of stalled drugs:

A further reason to share the information about “stalled” drugs is that many patients who take part in these trials are given either placebos or ineffective or unsafe drugs. “The failure of the drug developers to share their findings runs contrary to the Declaration of Helsinki which lays out clear ethical guidelines for medical research involving human subjects,” says Kimmelman. “In our study, we found that over 20,000 patients were involved in “stalled” drug trials that were never reported. That’s a lot of people whose altruism is not being honoured.”

“There are many reasons that drug developers do not report findings in ‘stalled’ drug trials. One is an unwillingness to share information with competitors,” says Amanda Hakala, the Master’s student who is the first author on the study. “However, the value of this lost information is starting to be recognized.” The European Parliament recently passed legislation that requires sponsors to report on “stalled” trials. And the U.S. is considering policies that would encourage limited transparency about stalled drug trials. “Policies like these are no substitute for full publication, but they go a long way to redeeming the sacrifices of the research subjects and advancing the cause of more effective healthcare and better drug development.”

Read the full paper in the British Medical Journal.