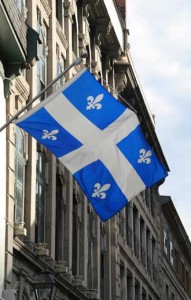 As Government of Quebec honours go, none is more prestigious than being appointed to the National Order of Quebec. On June 17, three of McGill’s finest – Principal and Vice-Chancellor Heather Munroe-Blum, neuropsychologist Dr. Brenda Milner, and Dr. Mostafa M. Elhilali, chair of the Department of Surgery and Surgeon-in-Chief at the McGill University Health Centre – will make the trip Quebec’s National Assembly to be admitted to this exclusive club.

At the ceremony Munroe-Blum and Dr. Elhilali will be named as Officers of the Order, while Dr. Milner will be promoted to a Grand Officer. The National Order recognizes the contribution of individuals who have had an exceptional influence on Quebec or who have helped Quebec extend its influence in one of its sectors of activity.

“While I am, of course, deeply honoured by this recognition from my fellow Quebecers,” Munroe-Blum said, “I am absolutely delighted to see the important recognition conferred on Professors Brenda Milner and Mostafa Elhilali. These exceptional individuals have made enormous contributions to medical science in the fields of neurology and surgery, respectively, and brought much honour to McGill.

“We are very proud to join the accomplished and eminent group of Quebecers from all fields and from all parts of Quebec who are recognized by this Order and we appreciate very much the significance of this distinction which reflects important accomplishments that have contributed to advancing Quebec’s place in the world. I would like to publicly offer my sincerest congratulations to Brenda and Mostafa for their outstanding dedication to their fields and the many contributions they have made to improving the human condition.”

A professor at the Montreal Neurological Institute and in the Department of Neurology and Neurosurgery, Dr. Milner has had an extraordinary influence on the shape of neuroscience. The origins of modern cognitive neuroscience of memory can be traced directly to her rigorous and imaginative studies focusing on cognitive function in the frontal and temporal lobes of humans.

Robert Rabinovitch, chairman of McGill’s Board of Governors, said that Munroe-Blum’s appointment to the National Order of Quebec was fitting. “As the dynamic leader of McGill, a major Quebec institution and one of the leading universities in the world, as well as through her leadership of the Conférence des recteurs et des principaux des universités du Québec (CRÉPUQ), Heather has brought incredible energy and clear-eyed vision to demanding tasks and challenging situations. Her determination to make McGill a vital and integrated part of the Quebec academic landscape is evident and her commitment to enhancing the strength and contributions of the Quebec university system as well as McGill’s place in Quebec is unquestionable. On behalf of the University’s Board of Governors, I offer her our sincere congratulations for this well-deserved honour.”

Principal of McGill since 2003, Munroe-Blum has devoted her career to the advancement of higher education, science and innovation in Canada and around the world. Internationally recognized in the fields of epidemiology and public policy, she regularly advises governments and organizations on the role of universities, science, technology and innovation in advancing the economic and social well-being and the international competitiveness of societies. While President of CRÉPUQ, she currently also serves on the Board of the Association of Universities and Colleges of Canada, the Executive Committee of the Association of American Colleges and Universities, and Canada’s Science, Technology and Innovation Council.