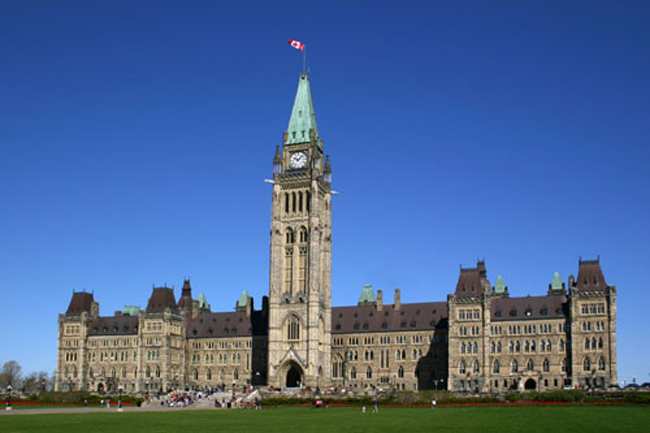 The first balanced budget in seven years, with a projected surplus of $1.4 billion in 2015-16, includes an investment of $1.33 billion spread out over six years, beginning in 2017-18, in research infrastructure. These funds are intended to help to train, attract and retain top researchers at Canadian universities.

“The budget includes a significant investment of $1.33 billion over six years in research infrastructure through the Canada Foundation for Innovation,” Principal Suzanne Fortier said. “This investment is the second significant measure announced by the federal government in two years, after the creation of the Canada First Research Excellence Fund in Budget 2014 — a $1.5 billion investment in support of research and innovation.”

The first round of CFREF funding, some $350 million, will be announced in July.

McGill, along with other Canadian universities and colleges, will continue to work closely with the federal government toward the development of a Digital Research Infrastructure Strategy, Prof. Fortier said. “This announced strategy is much needed. Cutting-edge research infrastructure is critical to training, attracting and retaining talented students and researchers, and to pursuing promising new areas of research.”

In a report to Senate and the Board of Governors Wednesday, Provost Anthony C. Masi said Oliver’s latest budget also will provide $105 million over five years (beginning in 2015-16) to CANARIE, Canada’s high-speed research and education network, and $100 million to support the new digital research infrastructure.

“The government announced an additional $46 million per year for four years, starting in 2016-17, to the three federal granting councils, most of which is targeted to specific initiatives,” Masi explained in his note. These include:

There are also measures to help students. “Starting in 2016-2017, in-study student income will be omitted from the Canada Student Loans Program needs assessment process. An estimated 87,000 students will receive increased loan amounts as a result of this initiative, which will cost $116 million over four years,” Masi said in his report.

The government will also allocate $56.4 million over four years, starting in 2016–17, to the Mitacs Accelerate program in support of graduate-level industry-related research and development internships.

“We are pleased to see the commitment to funding top-notch research facilities and infrastructure, such as to the CANARIE network and the CFI program, which will assist researchers who use them to do basic research,” said Rosie Goldstein, Vice-Principal (Research and International Relations). “These investments will help us to maintain our position as a leading contributor to research and scholarship in Canada and around the world.”

The association representing Canada’s universities and colleges was also pleased with the increases in research funding.

“Funding for research delivers long-term benefits to Canada’s society and our economy,” said David Barnard, chair of the 97-member strong Association of Universities and Colleges of Canada and president of the University of Manitoba. “Investments in the Canada Foundation for Innovation will keep more top Canadian researchers here, attract world-leading international talent, train the next generation of discoverers and innovators, and enable us to pursue promising new areas of research – where Canada can lead.”

The budget also confirmed the previously announced $243.5-million investment over 10 years for the new Thirty Metre Telescope, an international observatory to be located in Hawaii.

“Over the next weeks, in collaboration with the Vice-Principal (Research and International Relations) and the Vice-Principal (Administration and Finance), my office will analyze the details of this budget and its impact on McGill’s finances and research enterprise,” Masi told Senate and the Board in his report.

McGillians on why they’ve been vaccinated

You are what counts: Census will help give deeper...

A healing walk in nature