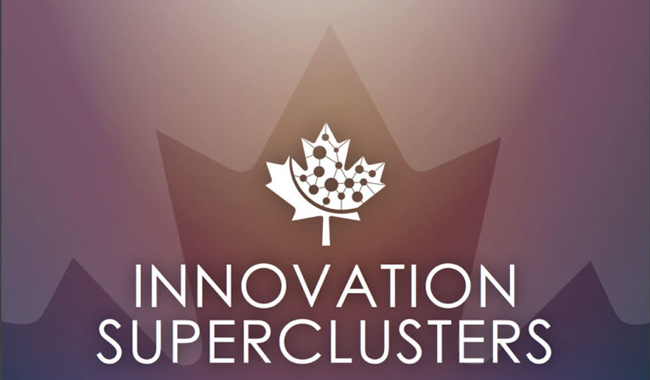 Dozens of McGill researchers will participate in two of the five “superclusters” announced Thursday, Feb. 15, by the federal government and funded under its Innovation Superclusters Initiative:

AI-Powered Supply Chains Supercluster (SCALE.AI): More than 30 faculty members from McGill’s Faculties of Science and Engineering, along with their research groups, are expected to be active in this supercluster, which will bring the retail, manufacturing, transportation, infrastructure, and information and communications technology sectors together to build intelligent supply chains through artificial intelligence and robotics.

The researchers will provide expertise in data generation and handling, decision modeling, and system output, as well as integration, cybersecurity and infrastructure. In addition, researchers and partners from the Bensadoun School of Retail Management and from the Desautels Faculty of Management will bring their expertise in all aspects of supply chain management as well as their specific competence about the retail and consumer-goods sector.

Protein Industries Supercluster: Based in the Prairies, the Protein Industries Supercluster will use plant genomics and novel processing technology to increase the value of key Canadian crops, such as canola, wheat and pulses that are coveted in high-growth foreign markets, such as China and India, as well as to satisfy growing markets in North America and Europe for plant-based meat alternatives and new food products. Researchers from McGill’s Faculty of Agricultural and Environmental Sciences and its Department of Food Science will contribute to this initiative; and the McGill Centre for the Convergence of Health and Economics (MCCHE) and the Bensadoun School of Retail Management will be a vibrant knowledge base for aspects of retail that span the full agri-food chain.

The announcement was made Thursday morning by Minister of Innovation, Science and Economic Development Navdeep Bains at the Canada Science and Technology Museum in Ottawa.

“The Innovation Superclusters Initiative is investing up to $950 million to support business-led innovation superclusters with the greatest potential to energize the economy and become engines of growth,” according to a website from Innovation, Science and Economic Development Canada. “This initiative is a first of its kind for Canada, fostering stronger connections – from large anchor firms to start-ups, from post-secondary institutions to research and government partners – and opening the door to new forms of industry partnership. It represents a significant commitment to partnering with industry and supporting the success of leading domestic and global companies that choose to innovate in Canada.”

Martha Crago, McGill’s Vice-Principal of Research and Innovation said the announcement is good news for Canadian universities, industry and society. “This is a very exciting opportunity for universities to work with industry to help build the Canadian economy and maintain jobs for people outside universities,” she said. “It gives us a chance to produce wealth that could benefit society as a whole.”

Universities Canada, a body representing Canada’s universities, praised the announcement, saying in a statement it “demonstrates the essential role of university research and talent in laying the groundwork for innovation and economic growth.”

The five projects awarded by the Innovation Superclusters Initiative involve 60 academic institutions and bring together the private sector, government and post-secondary institutions.

“Universities play a crucial role in building Canada’s innovation capacity, and our members across the country look forward to being key partners in these superclusters to help drive innovation and growth in our changing global economy,” said Paul Davidson, president of Universities Canada. “The new superclusters offer a collaborative way to build ambitious new partnerships between the private sector and our institutions, bringing the expertise, skills, and discoveries of university researchers and students to the maximum benefit of Canadians.”

Announced in the 2017 federal budget, the Innovation Superclusters Initiative is designed “to seize Canada’s global moment and advance Canada’s reputation as a global leader in inclusive innovation,” the ISED website said.

The first phase of the Innovation Superclusters Initiative attracted more than 50 letters of intent, representing more than 1,000 businesses, 100 postsecondary institutions and 350 other participants from across Canada.