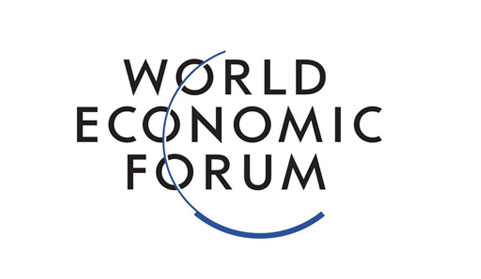 This morning, at the 2017 meeting of the World Economic Forum (WEF), Principal Suzanne Fortier and Erik Brynjolfsson, Director of the MIT Initiative on the Digital Economy, discussed “Jobs and the Fourth Industrial Revolution.” They explored the short- and long-term impacts of automation and digitization on labour markets around the world.

“We’re fairly good at predicting three, four, five years ahead. It’s the long-term that’s really the tough one,” said Fortier. “What I need to think about is ‘What is the learning experience [our students] must have to be prepared for the world ahead – a world we cannot even predict yet’? It’s not a matter for us to have students who are job-ready, they have to be future-ready.”

Earlier this week, Fortier published an op-ed titled “Why Davos Matters for Millennials” in the Montreal Gazette. This year marks her second time at WEF’s annual meeting; she attended the 2016 forum as well, where her activities included participating in a panel discussion about global science.

Fortier will next introduce an IdeasLab hosted by three McGill researchers.  Professors Elena Bennett (Dept. of Natural Resource Sciences and School of Environment), Andrew Gonzalez (Dept. of Biology) and Graham MacDonald (Dept. of Geography) will discuss strategies for “Shaping a Sustainable World” on Friday, January 20. The researchers will address how to best accommodate, the food, water, and living needs of the world’s growing population without irreversibly damaging the Earth’s ability to meet those needs for future generations’ use.  In anticipation of Davos, the Reporter interviewed Bennett about complexity and decision-making, Gonzalez about building more sustainable cities and MacDonald on global food systems. Their WEF event will not be livestreamed, but a recording will be available.

The WEF’s annual meeting attracts more than 2,500 leaders from business, government, international organizations, civil society, academia, media and the arts. The theme of the 2017 meeting is “Responsive and Responsible Leadership.” The three-day meeting runs until January 20, 2017.