The Beatty Lecture is a McGill tradition and a significant part of the University’s proud history. As the Beatty Lecture turns 66 years old this fall, McGill will be preparing to mark its 200th anniversary in 2021.

As we look ahead to the University’s bicentennial, Research and Innovation – in collaboration with University Advancement – is delighted to announce that Steven Pinker, one of McGill’s most notable alumni, will be the 2020 Beatty lecturer. Pinker’s highly anticipated talk will take place on Wednesday, September 23, during McGill’s annual Homecoming festivities, which will be offered exclusively online this year due to the ongoing situation with COVID-19.

Steven Pinker is one of the world’s leading authorities on language and the mind. A Harvard professor and bestselling author, Pinker’s groundbreaking research on visual cognition and the psychology of language have earned him accolades, including being named Humanist of the Year by the American Humanist Association, one of TIME’s 100 Most Influential People in the World, and one of Foreign Policy’s 100 Global Thinkers. He is also an elected fellow of the American Academy of Arts and Sciences. An influential writer with a global readership, Pinker’s books never fail to ignite the cultural conversation and have earned him two Pulitzer Prize nominations.

McGill “in my blood,” says Pinker

Pinker’s story begins right here in Montreal, where he was born in 1954 in the city’s English-speaking Jewish community. After attending Dawson College, Pinker studied cognitive science at McGill, where he received a bachelor’s degree in psychology in 1976. Pinker left Montreal to earn his doctorate in experimental psychology at Harvard in 1979. Following stints as an assistant professor-turned-professor at Harvard, Stanford, and MIT, Pinker returned to Harvard in 2003, where he is now the Johnstone Family Professor in the Department of Psychology.

“McGill has been in my blood ever since my mother walked across the stage to accept her Bachelor’s while pregnant with me,” says Pinker. “As a grateful graduate in my turn, and a frequent visitor and speaker ever since, I’ve been proud to be part of the McGill community, and all the happier that I can speak to it in this extraordinary time.”

“McGill is proud to welcome back Professor Pinker and celebrate his wide-reaching contributions to research on language and cognition,” says Martha Crago, Vice-Principal (Research and Innovation). “In 1976 McGill bestowed Steven Pinker with a degree, in 1999 with an honorary doctorate, and now on the homestretch toward McGill’s bicentennial, we look forward with great anticipation to welcoming him back as our Beatty lecturer.”

Striving toward a better future

Pinker published the first of eight books written for a general audience in 1994. He based this work, titled The Language Instinct, on the idea that language is a biological adaptation. His subsequent books have explored the political, moral, and emotional underpinnings of the concept of human nature as well as how language reveals our thoughts, emotions,and social relationships.

Pinker’s latest book, Enlightenment Now: The Case for Reason, Science, Humanism, and Progress, presents the provocative premise that if you look at the facts, life on earth, including our health, prosperity, safety and happiness, is improving as a direct result of 17th century Enlightenment ideals. He believes these ideals are worth celebrating and protecting. In light of the uncertainty of recent months, Enlightenment Now presents a timely message that, with courage and conviction, we can indeed strive toward a better future for humankind. 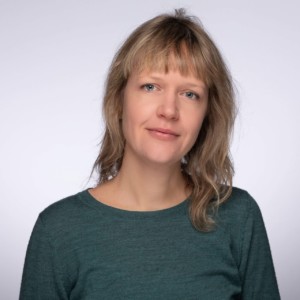 Charles Taylor on the challenge of regressive democracy

In conversation with Margaret Atwood