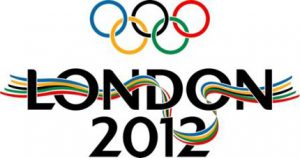 A 15-member entourage from McGill University, including six athletes, is headed to London for the Summer Olympic Games, July 27 to Aug. 14.

Among the McGill graduates participating as athletes are former Redmen rowers Doug Vandor (BSc ’98; MSc Experimental Surgery, ’02) of Dewittville, Que., and Derek O’Farrell (BSc, Physiology, ’07), a native of Toronto who resides in Montreal.

Former Martlet swimmer Victoria Poon (BSc Kinesiology, ’10) will be competing, along with ex-Martlet volleyball star Marie-Andrée Lessard (BCom ’01) who will be in the beach volleyball competition. Both hail from LaSalle, Que.

Also going is Martine Dugrenier of Laval, Que.. a McGill grad (BEd ’08) who wrestled at Concordia. The sixth Olympian is Montreal native Jo-Annie Fortin, a synchronized swimmer who was recently admitted to McGill and will be a psychology freshman in September.

The above-mentioned athletes are among 112 McGill students or grads that have gone on to Olympic glory over the past century. McGillians have won a combined total of 30 Olympic medals, including nine gold, eight silver and 13 bronze. Topping that list is the late Dr. Phil Edwards, a graduate from the faculty of medicine, who racked up five bronze medals while representing Canada at the Summer Games in Amsterdam (1928), Los Angeles (1932) and Berlin (1936).

He was the first Canadian to win medals in three Olympic Games and his achievement stood for 66 years until short-track speed-skater Marc Gagnon equalled the feat in 2002. That standard was surpassed by Clara Hughes, who has merited medals (6) over four different Games (1996, 2002, 2006, 2010).

Six McGill students have won Olympic gold but swimmer George Hodgson, who reached the top of the podium twice at Stockholm in 1912, is the only one to strike gold at the Summer Games.

McGillians have fared better at the Winter Olymics with hockey goaltender Kim St-Pierre earning gold at three Olympiads (2002 in Salt Lake City, 2006 in Turin and 2010 in Vancouver). Two of her McGill teammates — Charline Labonté and Catherine Ward — also were part of the win in 2010, which added to the gold that Labonté won in 2006. Freestyle skier Jennifer Heil claimed her gold at the 2006 Games.