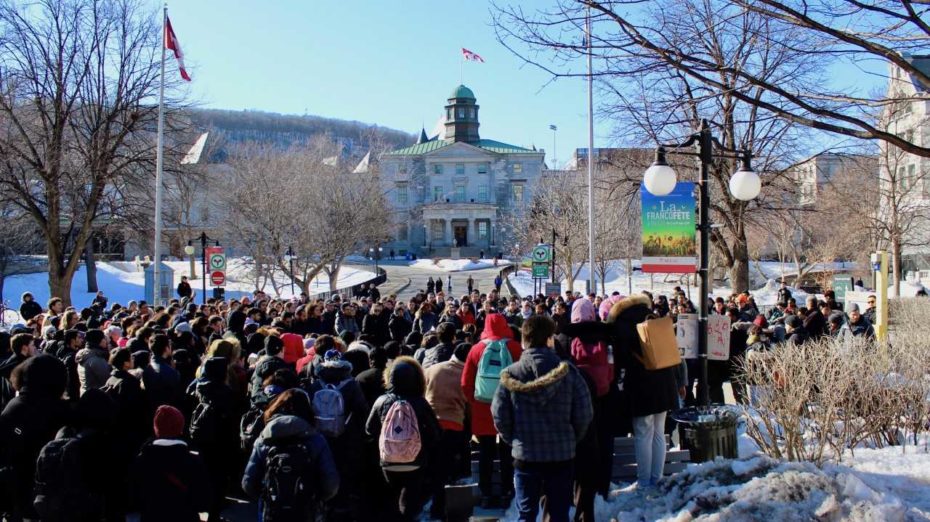 On March 18, several hundred people gathered at the Y intersection for a vigil to honour the victims of the shootings at two mosques in Christchurch, New Zealand. Members of the McGill and Montreal community came together as a show solidarity, some arm-in-arm, others holding signs calling for love and tolerance. The vigil was organized by McGill Students in Solidarity for Palestinian Human Rights.

Fifty people were killed and dozens wounded when a 28-year-old Australian attacked the Linwood and Al-Noor mosques in Christchurch during prayers on March 15. The shooter has been charged with murder in connection with the attacks, and more charges are expected in the days ahead, officials say.

“Let us denounce Islamophobia and not forget the ways in which it is enabled and acted upon every day, from Christchurch to Montreal,” organizers wrote on the event’s Facebook page. “Let’s come together and show that we are stronger than hate and no matter what faith community or otherwise that we belong to, we are against hatred and violence in all its manifestations.”