A month ago, a former coworker of mine sent me a two-minute video from a Facebook account called “Let’s Beat Cancer” which claimed that a cure for cancer was discovered 84 years ago. You see, according to this video, a man by the name of Royal Rife discovered that every organism vibrates at a specific frequency. If you know the frequency of, let’s say, a virus that causes cancer, you can disintegrate it with radio waves calibrated at just that frequency and voilà! No surgery. No drugs. No more cancer.

The video is rife with inaccuracies and omissions. Most cancers are not caused by viruses (only about 12 per cent are). Organisms don’t vibrate at a specific frequency. Moreover, the father of this theory, called “radionics”, died of pneumonia, which he couldn’t treat with his radionic device, nor could he cure both of his wives of their cancers. Oops.

But this easily digestible video, laced with conspiracy thinking and praising the potency of radio waves to annihilate cancer, was viewed over six million times on social media. Six million times.

We could combat videos like these with long articles denouncing the falsehoods and replacing them with actual science, but virality often shies away from written pieces. So we made a subversive video instead. You can view it at the bottom of this article.

Five people agreed to post the video natively on either Facebook or Twitter, with no direct ties linking the video to us. On the outside, it looked like just another cancer cure video but, of course, if you watch it until the end, you realize you’ve been taken in. The moral of the story is that anyone can make videos nowadays: these videos can lie to you, omit important information, distort the truth, and push a specific narrative that is made more convincing by the use of old-fashioned photographs.

As of this writing, our video has reached over 8.3 million people across all platforms. By our standards, this is remarkable and genuinely unexpected. Of course, it can’t compare with viral clips quacking about easy solutions to complicated diseases. But with more than 116,000 shares, our little reminder to be skeptical has undoubtedly left the comfort of our own echo chamber and reached the kinds of people who needed to see it.

Now, if you are interested in this cancer-curing moss, we do sell it on our website. We have a sale right now: two vials for the price of three.

Trust us. We’re words on the Internet. 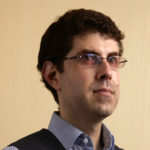 Jonathan Jarry, McGill Office for Science and Society
Jonathan is a biological scientist who once worked for the U.S. Armed Forces, using the power of DNA technology to identify really old American soldiers. He has also helped to characterize a new form of muscular dystrophy and spent many years in a clinical laboratory, designing assays and managing rapid-turnover diagnostic tests which allow physicians to make informed decisions regarding cancer patient care. Armed with a Bachelor’s degree in Biochemistry and a Master’s degree in Molecular Biology, he has managed a centralized biobank of human tissue, has helped conduct research into low vision rehabilitation research, and has published a paper on why the emerging field of circulating microRNAs in oncology was full of inconsistencies.

Game over: When video games become a problem