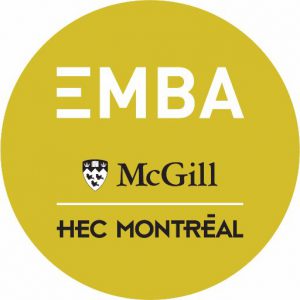 The 2017 EMBA McGill-HEC Montréal Scholarship for Managers of Indigenous Origin is now accepting applications. The deadline for applications is June 1.

This $50,000 scholarship, offered annually, supports managers of Indigenous origin in Canada as they pursue their academic and professional journey.

The McGill-HEC Montreal EMBA, a partnership between McGill’s Desautels Faculty of Management and HEC Montréal, is a program for seasoned managers who continue working while they participate in the 15-month program. The program welcomes approximately forty participants annually.  Classes typically meet Thursday through Sunday, once a month. Reflecting the reality of Canadian business, the program is delivered in a bilingual format. The program is practice-focused and builds on Henry Mintzberg’s managerial mindsets.

“Diversity of experience and perspective is one of the core values of our program. Facilitating the presence of these scholarship recipients in the classroom is therefore very important because they bring different perspectives and experiences” says Alain Pinsonneault, co-director of the McGill-HEC Montréal Executive MBA. “However, since the launch of this scholarship program, in December 2013, we have received relatively few applications. We really hope to receive more in the coming years.”

In 2014, Manon Jeannotte became the first Indigenous EMBA McGill-HEC Montréal Scholarship for Managers of Indigenous Origin recipient. Jeannotte was the elected urban councillor for the Montreal region of the Gespeg Mi’kmaq Nation, and Board member of Land InSights, the Society for the Diffusion of the Aboriginal culture. During her studies, with the encouragement of her class mates, she decided to run for Chief. She was elected Chief of the Gespeg Micmac Nation in 2015.

Jeannotte’s final paper for the EMBA program looked at how First Nations can become more independent economically.  She will be making a presentation on this subject in June.  The occasion is a day on economic development that Jeannotte has organized for the Table des Chefs de Quebec.  In addition, she has been in touch with the EMBA program to collaborate on bringing knowledge from the EMBA program to the Table des Chefs.  The first initiative involves building a strong network between First Nations leaders. The program will help Manon map the existing network between Quebec’s Chiefs. The strength of the network will be measured periodically over time to see how it is developing.  Other collaborations will follow.

“The EMBA McGill-HEC helped me understand the business world. It permitted me to better define problems that I hadn’t seen before.” says Jeannotte. “The program has had a major impact on me. As an elected chief I hope I can use what I learned to advance my community as well as other First Nations communities. I believe that the survival of our cultures depends on business development and a better understanding of business in general.”

Jason Annahatak is a current program participant (He is slated to graduate in February 2018) and Director, Post-Secondary Student Services, for the Kativik School Board.

“The EMBA program at McGill-HEC Montréal is pertinent for Aboriginal managers because as dedicated workers for the betterment of our people, we rarely work for non-Aboriginal organizations,” says Annahatak. “The EMBA gives you the chance to work with top influencers of other organizations and explore their best practices without leaving our own aboriginal organizations. Students in the program include lawyers, soldiers, HR specialists, physicians, entrepreneurs, accountants, engineers and other amazingly diverse professionals who you get a chance to work with as equal collaborators. This mix and collaboration is unheard of in the natural working world.”

This is a troubling lede. First Nations is only Indigenous people’s in southern latitudes.
THIS DOES BIT INCLUDE INUIT OR METIS.
Please stop using the wrong terminology.

We apologize for the error. The necessary changes have been made.