The Neuro’s newly launched Neuro XXceptional is a year-long video series featuring women who discuss what drove them to become scientists and clinicians, and what they love about their work. At The Neuro, these exceptional professionals are improving the lives of patients, helping us understand how the brain works and how to treat neurological disease. Today, the series focusses on neuroscientist Heidi McBride.

Heidi McBride went from birthing calves on her family’s rural Ontario farm to becoming a world expert on mitochondria. Her innovative in-vivo studies with this crucial part of the cell significantly advance our understanding of human cells and neurological diseases such as Parkinson’s. Recently, McBride spoke about growing up on a farm, the power of the mitochondria and how she gauges success in science.

The childhood on the farm was busy! We had lots of land and lots of chores inside and outside. We shelled corn, baled hay and looked after a few hundred cattle. It was a great rural kind of lifestyle and a good way to grow up.  There was not a lot of science around however; I did not even know it existed as a career. I would say the closest thing I had to science was a TV show called Quincy about a forensic scientist, which I really liked. He had a microscope and he had to figure out what had killed people. I wanted to be a Quincy; I thought that was the best job! I wanted to do the mystery part, and solve things.

Are there any parallels between farming and being a scientist?

I think that farming is the original science. We were rotating crops, treating pink eye, and helping cows give birth for example. I was naturally interested in how things work and how things grow.  I think that all of the training in being a farmer and just trying to make the crops grow and dealing with the weather and dealing with all the unforeseen things that happen make you fast on your feet and be a flexible thinker – all of those things which are perfect attributes for a good scientist.

Mitochondria are the focus of your work. What are they and why is it so important to study them?

Like the human body itself, cells have structures within them called organelles that perform special tasks. Mitochondria are organelles, known as the “energy powerhouse of the cell,” using the oxygen that we breathe to convert glucose and fat into cellular energy. Mitochondria also perform many additional biochemical tasks. They have their own DNA that is a remnant from their early origins as bacteria.

My lab focuses on looking at mitochondrial function and behaviour, in order to further our understanding of how mitochondrial dysfunction links  to diseases such as Amyotrophic Lateral Sclerosis, Parkinson’s disease, Multiple Sclerosis and others. As well as to identify new therapeutic approaches to treating degenerative disease.

What would you consider as success in science?

Traditionally success in science is judged by number of metrics like how much funding you bring in or how many papers you publish. That is obviously important however, to me the bigger signs of success are; firstly, the legacy you leave behind with your trainees – to give them a sense of confidence and the ability to find the big questions and to ingrain in them the idea that there is a lot still unknown. Secondly, whether or not your own discoveries can have an impact on understanding disease. 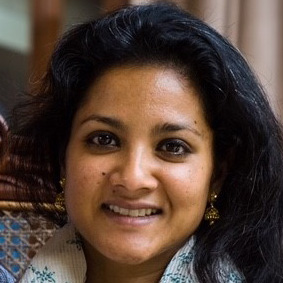