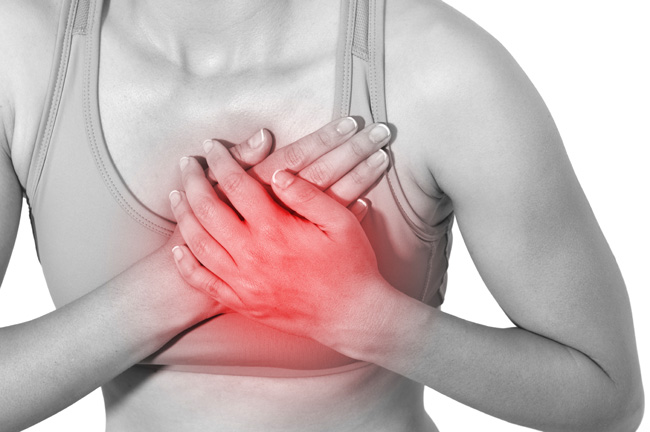 Sex (biological and physiological characteristics) differences are increasingly being studied to assess symptoms, risk factors and outcomes for various diseases. Now, a new pan-Canadian study led by a team from the Research Institute of the McGill University Health Centre (RI-MUHC), suggests that gender [see definition at the end of the article] rather than sex is associated with the risk of recurrence of cardiovascular events in adults. The results of this innovative research are now published in the Journal of the American College of Cardiology.

“Our study suggests that adults with role and personality traits traditionally ascribed to women have an increased risk of recurrence of premature acute coronary syndrome (ACS) or major adverse cardiac events within 12 months following their first incident, regardless of their biological sex,” states the study’s lead author, Dr. Louise Pilote, Director of the General Internal Medicine division at the MUHC and Professor of Medicine at McGill. “It is therefore important, as researchers, to consider gender in addition to biological sex when we analyze the differences between men and women for various diseases.”

The researchers conducted their study on approximately 1,000 participants from across Canada aged 18 to 55 who had been hospitalized for an ACS between January 2009 and April 2013. The participants were from the cohort GENESIS-PRAXY (Gender and Sex determinants of cardiovascular disease: from bench to beyond: Premature Acute Coronary Syndrome), which was created in order to determine the differences associated with sex (biological and physiological characteristics) and gender (i.e. gender identity, role in society, socio-economic status and interpersonal relationships) in men and women suffering from heart disease.

“Patients involved in the study, who had presented with an ACS, were asked to complete an elaborate questionnaire related to gender,” explains study’s first author, Dr. Roxanne Pelletier, clinical psychologist, who was a Postdoctoral Fellow in the division of Clinical Epidemiology at the RI-MUHC at the time of the study. “The questions addressed different aspects of gender as traditionally ascribed to men and women in society such as the number of hours that the person spends carrying out household chores or taking care of children, the person’s salary.”

“In our cohort, characteristics traditionally ascribed to females seemed to adversely affect health outcomes, potentially though increased anxiety related to those characteristics,” adds Dr. Pilote. “There are likely multiple reasons to explain the presence of increased anxiety in men and women with characteristics traditionally ascribed to women in our sample. For example, financial difficulties and/or the need to manage housework, child care and work may represent a daily burden and chronic anxiety may result.”

“Innovative studies aimed at closing the gender gap in the prevention and treatment of heart disease are an important part of creating more survivors,” says Mary Lewis, VP of Research, Advocacy and Health Promotion for the Heart and Stroke Foundation. “Thanks to the generous support of our donors, the Heart and Stroke Foundation is pleased to fund the GENESIS-PRAXY study and looks forward to its ongoing results.”

Dr. Pilote and colleagues hope that this study will allow other researchers to incorporate gender through their innovative measure in other health fields. According to her, gender can help explain the differences between men and women regarding various diseases.

*According to the Canadian Institutes of Health Research Institute of Gender and Health, gender refers to the socially constructed roles, behaviours, expressions and identities of girls, women, boys, men, and gender diverse people. It influences how people perceive themselves and each other, how they act and interact, and the distribution of power and resources in society. Gender is usually conceptualized as a binary (girl/woman and boy/man) yet there is considerable diversity in how individuals and groups understand, experience and express it.