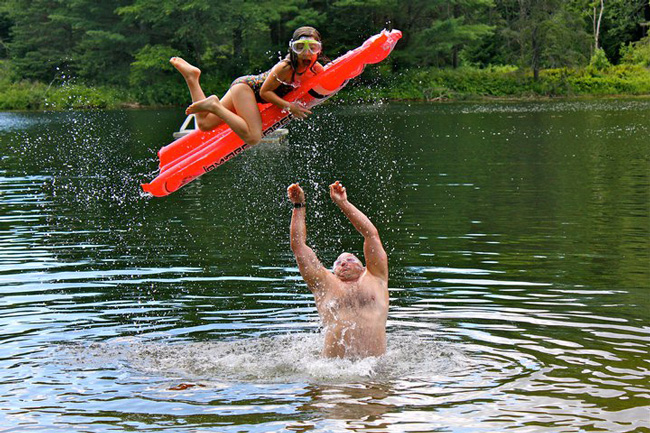 While the long hot days of summer are wonderful, they can also bring on heat-related illnesses such as heat stroke, exhaustion and dehydration. During the summer months heat can get extreme in certain workplaces, particularly where there is heat-generating equipment.

Each summer MUHC emergency departments see some patients suffering from various heat-related problems. These include anything from mild dehydration, nausea, malaise and fatigue to the rare, but more serious, heat stroke.

Early symptoms of heat stroke include fatigue, difficulty concentrating, and malaise. During the onset of a heat wave, these should be seen as early warning signs.

If you think you are suffering from heat-related illness the MUHC offers the following advice:

Everyone should take precautions during heat or extreme heat episodes, but some people are more at risk than others, namely:

Environment Canada issues “heat alerts” when the temperature reaches 30 °C and the humidex (temperature and humidity combined into one number to reflect the perceived temperature) reaches 40. The main effect of heat on the population is discomfort.

The term “extreme heat” has been defined by public health authorities to plan for heat events as a means of foreseeing heat episodes that are likely to have an impact on the health of vulnerable individuals. In Montréal, an “extreme heat” episode is defined as three consecutive days when the average maximum temperature reaches 33 °C and the average minimum temperature does not drop below 20 °C, or when the temperature does not drop below 25 °C for two consecutive nights. Environment Canada does not issue extreme heat alerts, but its weather forecasts are used to anticipate situations which could cause health problems.