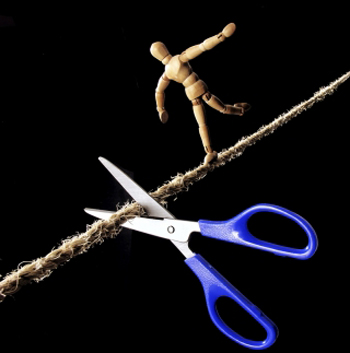 Canadians’ incomes may be rising, but their wealth is not. “The story of wealth in Canada has been one of a long, slow march toward a two-tier system when it comes to household savings and wealth,” says Prof. David Rothwell from McGill’s School of Social Work. He is one of the co-authors, with a colleague from Carleton University, of a paper just published in Policy Options which suggests that close to half of Canadian households surveyed by Statistics Canada between 1999-2012 do not have enough financial assets to cover three months of living costs.

Rothwell and Jennifer Robson of Carleton looked at data gathered in the Statistics Canada Survey of Financial Security which suggest that:

Savings policies in Canada don`t do much for small savers

“We have a policy to redistribute income to the poorest,“ says Rothwell. “But our policy on assets is to encourage the already well-off to get wealthier without much regard for those at the bottom of the wealth ladder.”

“We do have savings policies in Canada, just not policies that do much of anything for small savers,” says co-author Robson. “Worse, program rules on student loans, provincial welfare payments and seniors’ benefits actively discourage low-income Canadians from saving by clawing-back or cutting-off the benefits they depend on.” 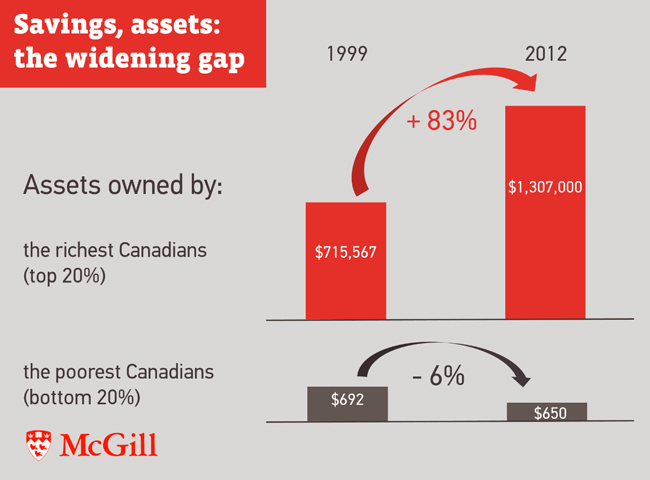