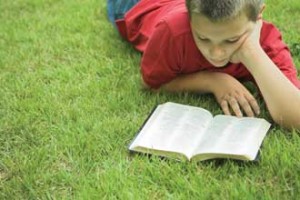 A recent survey of high school seniors in the U.S. showed that a large majority of them were unaware that Jesus Christ didn’t speak English. Sodom and Gomorrah? Most thought they were a married couple.

These results may not surprise in an age of increasing secularism, and may even be cheered by those who believe religion does more harm than good. But is it possible that religious literacy – knowledge not only about one’s own belief system, but about those of others – is an important factor in overcoming intolerance?

This was one of the main questions debated at a recent one-day symposium hosted by the Faculty of Education, “Why Is Religious Literacy Important in Today’s World?,” which brought together a panel of internationally recognized experts from Europe, the U.S. and Canada to discuss the approaches taken and issues raised around the world.

The event was organized as Quebec’s educational institutions adapt to the newly introduced mandatory Ethics and Religious Culture program, which has elicited a range of opinions and sparked highly-charged discussion in schools, homes and the media.

Spencer Boudreau, Professor in the Faculty of Education, gave an overview of the developments in Quebec that led to the new curriculum, which, it would soon become clear, has garnered attention and, for the most part, admiration in many other parts of the world. Quebecers might be surprised to learn, in fact, that they are certainly not alone in dealing with these issues – this debate is international in scope.

Professor Robert Jackson of the University of Warwick in the U.K outlined similar developments in Europe, many of which he is personally involved with. The 1996 UNESCO report on education lists learning to live together (“developing an understanding of others and their history, traditions and spiritual values”) as one of the Four pillars of Education. It invited a broad discussion on religion in education, which notably included the drafting in 2007 of the Toledo Guiding Principles on Teaching about Religions and Beliefs in Public Schools by the Organisation for Security and Co-operation in Europe, of which Canada is a member.

The debate became more prevalent and intense when its urgency was made evident by the terrorist attacks of 2001, Jackson explained. “9/11 propelled the discussion of religion into the public sphere,” Jackson said, “and of course part of the public sphere is public education.” This new reality was echoed in the Toledo Principles, which explicitly aim “to contribute to an improved understanding of the world’s increasing religious diversity and the growing presence of religion in the public sphere.”

Isabelle Saint-Martin of l’École pratique des hautes études at the Sorbonne offered more detail on France’s case, where traditionally strict secularism is also giving way to more openness to religious content in the curriculum. The country has gone from sanitizing any religious mention in educational materials (changing “is in heaven” to simply “is dead,” for example) to including certain biblical references, in an effort not to proselytize, but rather to explain their cultural significance, she said.

Professor Diane Moore of Harvard Divinity School agreed religious literacy is necessary, listing some the consequences of a lack of knowledge about the religions of others, such as Christian anti-Semitism and the equation of Islam with violence. She also emphasized the idea that teachers must be adequately trained to identify and mitigate any bias they or the students may harbour, and that it is crucial to maintain the line between teaching about a religion and suggesting in any way that it is superior or inferior to others.

“Every student should see their beliefs reflected respectfully and accurately, but not exclusively,” she argued. Praising the “Cultural Studies Model” approach to teaching religion, she said that it is possible to diminish religious illiteracy, and its negative consequences, by teaching about religion from a nonsectarian perspective in schools.

The emerging consensus was that religious literacy can be a tool for increasing tolerance and decreasing violence in the modern world, summed up simply in Jackson’s presentation: freedom of religion or belief predicates plurality; plurality requires tolerance of difference; tolerance of difference requires at least knowledge and understanding of the beliefs and values of others.

Boudreau ended the day on an optimistic note, suggesting that such widespread understanding is not only an essential goal in modern times, but an increasingly realistic one. “We have more access to knowledge today than ever before in the history of the world,” he said.