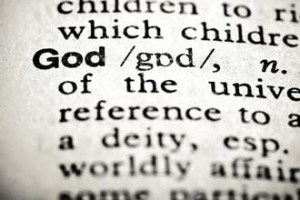 “Part of the characteristic of ethical thought is that it has this curiously dialectical character,” said Oliver O’Donovan, a professor of Christian Ethics at the University of Edinburgh who has also taught at Oxford.

“There is no scientist locked away in the laboratory with his equipment, doing his experiments, who will rush out the door and say ‘Eureka!’ That’s not how wisdom is gained in moral matters.”

For Oliver O’Donovan, the dialogical nature of ethical and moral thought is too often overlooked, due partly to a “default model” whereby it is believed that thinking is done quietly, in isolation, followed by a declaration of findings which then leads others reflect, again in isolation. “It’s not like that,” he said.

“Thought is an enterprise in which we all share and share together, and direct one another as we go.”

Beliefs about God, about mankind and the world, he says, shape our practical reasoning – the way we approach our tasks, plan our lives, conceive what is worth doing and what isn’t. “Something is going to support the decisions we make about good and evil,” he says, positing for instance that one’s beliefs about the afterlife (or lack thereof) will influence that person’s behavior in life.

“You will therefore expect to see correlations between religious beliefs and ethics. This is not to say that nobody can think morally who doesn’t have any kind of religious belief. But Everybody’s ethics, whether believers or unbelievers, are grounded in some view of what the world is like, what is out there, as it were.”

These are the themes he hopes to explore in the Birks lectures. The first lecture, which is titled “Who can show us any good?,” is also part of the Centre for Research on Religion’s lecture series on Religion in the Public Sphere. “I’m broadening the public sphere to the whole of our interactions with others,” he says. The second lecture, The Authority of Tradition, will flow from the first and pick up on the theme of how communications we receive, and their sources, inform our belief structure, which in turn informs the way we proceed and act in the world.

For her part, Joan Lockwood O’Donovan, also from the School of Divinity at the University of Edinburgh, will be marking the 500th anniversary of John Calvin’s birth with the Wadsworth lecture, titled “Human Dignity and Human Justice: Thinking with Calvin about the Image of God.”

“I’m looking at Calvin’s development of the Imago Dei (Image of God) doctrine, which in terms of the history of Christian thinking about human dignity, has always been the focus for conceptualizing human dignity. I have chosen to make Calvin my conversation partner in this,” she said. “For Calvin, the paradigm of the moral life is one of common worship, in which the transcendent good mediates all relationships and allows them to be trustful in a way that the legalistic and juridical paradigm of human relations which

has increasingly taken over social and political relations cannot.”

Squaring off at the roundtable

Finally, the roundtable discussion will explore the question of whether the rights revolution is eroding or enriching religious freedom. “There is a in modern society an interaction of the egalitarian demands for universal and equal participation in social goods, and the constant increase in the control of government in distributing these goods in a way which eviscerates the goods of their true social and spiritual content,” says Lockwood O’Donovan, premising what is sure to be a heated and fascinating debate.

Oliver O’Donovan, who will join his wife in leading the roundtable, is looking forward to just such an exchange. “We shall be listening as well as contributing on that point,” he says. “We have to stand up to what the local geniuses have to say back,” which of course represents the very dialogue he believes is essential to gaining wisdom about ethics and morality.

All lectures will take place from 5:30 -7:30, while the roundtable discussion on the 15th will occur between 1:30 and 3:30. For more information, please visit www.mcgill.ca/religiousstudies/.