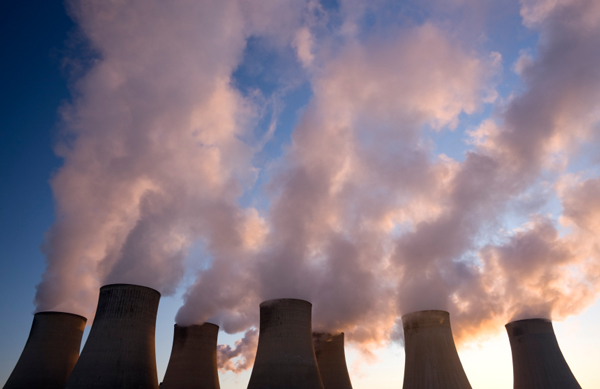 Statistical analysis of average global temperatures between 1998 and 2013 shows that the slowdown in global warming during this period is consistent with natural variations in temperature, according to research by McGill physics professor Shaun Lovejoy.

In a paper published this month in Geophysical Research Letters, Lovejoy concludes that a natural cooling fluctuation during this period largely masked the warming effects of a continued increase in man-made emissions of carbon dioxide and other greenhouse gases.

The new study applies a statistical methodology developed by the McGill researcher in a previous paper, published in April in the journal Climate Dynamics. The earlier study – which used pre-industrial temperature proxies to analyze historical climate patterns – ruled out, with more than 99 per cent certainty, the possibility that global warming in the industrial era is just a natural fluctuation in the earth’s climate.

In his new paper, Lovejoy applies the same approach to the 15-year period after 1998, during which globally averaged temperatures remained high by historical standards, but were somewhat below most predictions generated by the complex computer models used by scientists to estimate the effects of greenhouse-gas emissions.

The deceleration in rising temperatures during this 15-year period is sometimes referred to as a “pause” or “hiatus” in global warming, and has raised questions about why the rate of surface warming on Earth has been markedly slower than in previous decades. Since levels of greenhouse gases have continued to rise throughout the period, some skeptics have argued that the recent pattern undercuts the theory that global warming in the industrial era has been caused largely by man-made emissions from the burning of fossil fuels.

Lovejoy’s new study concludes that there has been a natural cooling fluctuation of about 0.28 to 0.37 degrees Celsius since 1998 – a pattern that is in line with variations that occur historically every 20 to 50 years, according to the analysis. “We find many examples of these variations in pre-industrial temperature reconstructions” based on proxies such as tree rings, ice cores, and lake sediment,” Lovejoy says. “Being based on climate records, this approach avoids any biases that might affect the sophisticated computer models that are commonly used for understanding global warming.”

What’s more, the cooling effect observed between 1998 and 2013 “exactly follows a slightly larger pre-pause warming event, from 1992 to 1998,” so that the natural cooling during the “pause” is no more than a return to the longer term natural variability, Lovejoy concludes. “The pause thus has a convincing statistical explanation.”

The methodology developed in Lovejoy’s two recent papers could also be used by researchers to help analyze precipitation trends and regional climate variability and to develop new stochastic methods of climate forecasting, he adds.