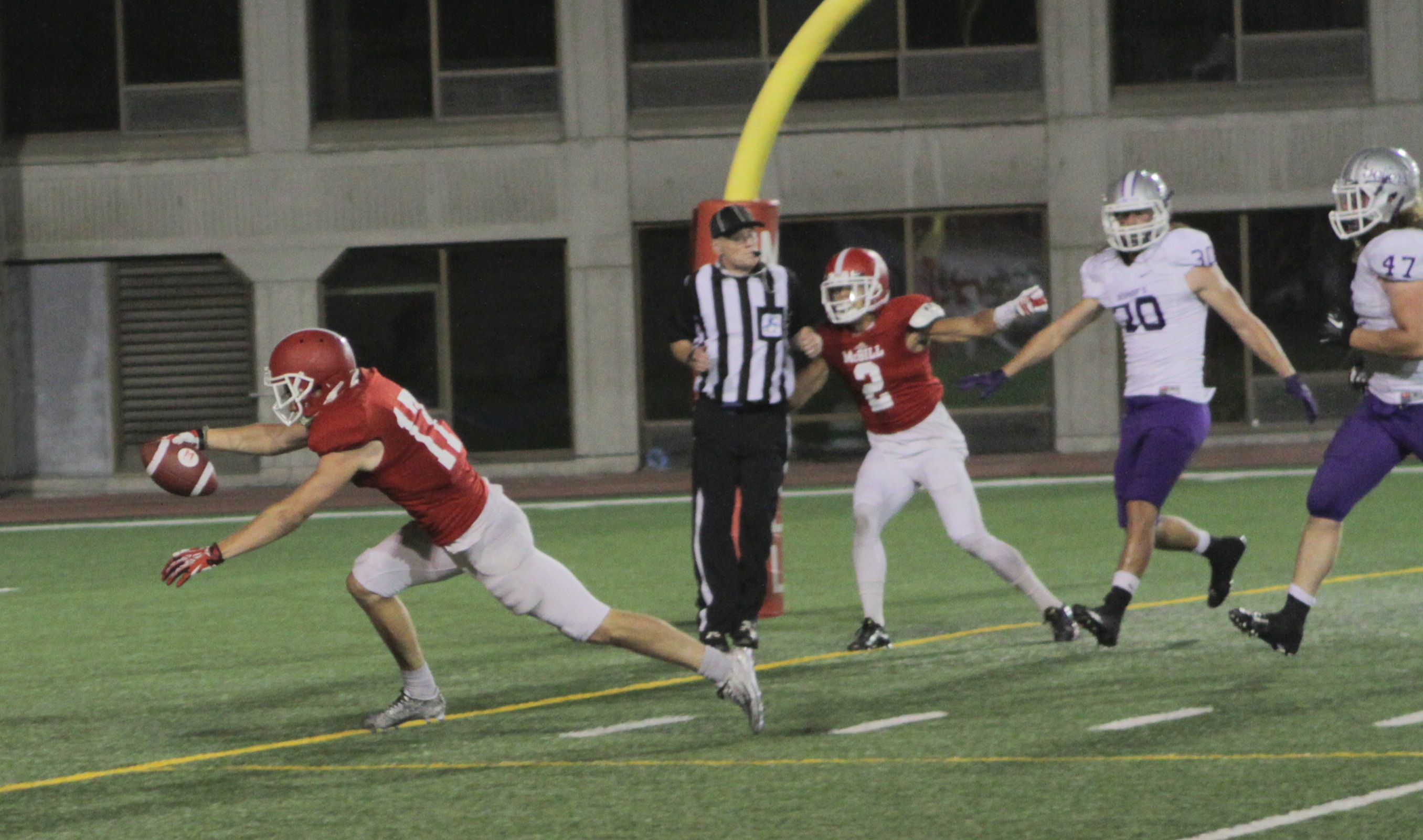 Torn between your love of football and your quest for cinematic glory? This Friday, you can have it all. The September 16 match between the McGill Redmen and the Bishop’s Gaiters will play a starring role in director François Girard’s next film – and McGill wants to pack Molson Stadium with cheering fans. Free admission to fans dressed in red. Kick-off is at 7 pm.

Avoid the game night line-up by getting your tickets online. Use the code WEARRED to get a free ticket (and don’t forget to plan your wardrobe accordingly).

François Girard is the award-winning director of The Red Violin, Thirty-two Short Films About Glenn Gould and Silk, and has collaborated with artists such as Peter Gabriel and Cirque du Soleil.

The McGill shoot is for his new film, Hochelaga, terre des âmes (“land of the souls”). The film traces 750 years in the history of Mount Royal by linking five disparate events – including a contemporary football game, legendary neurosurgeon Wilder Penfield operating on conscious patients at the Montreal Neurological Institute during the 1940s, and French explorer Jacques Cartier’s visit to the titular Iroquois village in 1535. Hochelaga, terre des âmes will be released next year, as part of Montreal’s 375th anniversary celebrations.