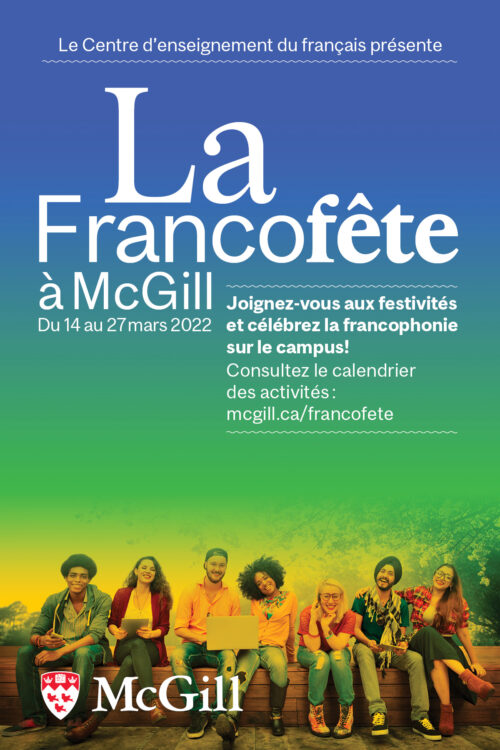 The sixth edition of La Francofête, organized by the Faculty of Arts’ French Language Centre (FLC), will run from March 14 to March 27. Unlike last year, when the COVID-19 pandemic forced the event to become an entirely online affair, this year’s event is set to feature mostly in-person events on campus.

“This year marks – finally – the return of the in-person festivities,” said Natallia Liakina, Director of the FLC and one of the organizers of the event’s organizers. “La Francofête will be an excellent opportunity to meet in person and celebrate all these initiatives aimed at bringing French to life on campus.”

During the two-week event – which coincides each year with the Journée internationale de la francophonie on March 20 – students and staff will have the opportunity to celebrate and share their love for the French language, discover francophone culture and improve their language skills by taking part in a wide range of contests and activities.

“We are delighted to be able to count among the participants not only McGill departments and associations, but also francophones and francophiles from all four Montreal universities,” Liakina said.

This year’s highlights include:

Get the complete list of activities for this year’s Francofête.