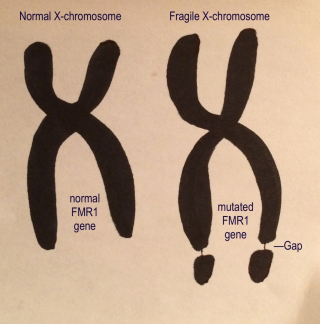 Drug reverses behavioural symptoms in mice with a version of autism

People affected by a common inherited form of autism could be helped by a drug that is being tested as a treatment for cancer, according to researchers from McGill and the University of Edinburgh.

Fragile X Syndrome is the most common genetic cause of autism spectrum disorders. It affects around 1 in 4,000 boys and 1 in 6,000 girls. Currently, there is no cure.

The scientists, who have identified a chemical pathway that goes awry in the brains of Fragile X patients, say a cancer drug candidate could reverse their behavioural symptoms. The researchers have found that a naturally occurring anti-fungal called cercosporamide can block the pathway and improve sociability in mice with the condition.

The team identified a key molecule – eIF4E – that drives excess protein production in the brains of Fragile X patients. This can cause behavioural symptoms that include learning difficulties. It can also lead to more serious intellectual disabilities, delays in speech and language development and problems with social interactions.

“We found that eIF4E regulates the production of an enzyme called MMP-9, which breaks down and re-orders the connections between brain cells called synapses,” says Nahum Sonenberg, McGill professor in the Faculty of Medicine and the Goodman Cancer Research Centre and co-author of the study, “Excess MMP-9 disrupts communication between brain cells, leading to changes in behaviour.”

McGill post-doctoral student and a co-first author of the study Arkady Khoutorsky said that “the enzyme MMP-9 has been implicated before in Fragile X Syndrome. What’s new in our research is the demonstration that the symptoms of the disease can be controlled by manipulating eIF4E activity with available drug candidates.”

“Our findings open the door to targeted treatments for Fragile X Syndrome,” says Christos Gkogkas, of the University of Edinburgh’s Patrick Wild Centre for Research into Autism, Fragile X Syndrome and Intellectual Disabilities. “By designing treatments that block just this pathway, it is hoped that we can limit the potential side-effects and develop therapies that are more efficient than general treatment approaches.”

This is such good news for all of us parents that have autistic children!! Maybe we will see the day where our children can progress.

This is great news and we put our hearts and souls behind it.