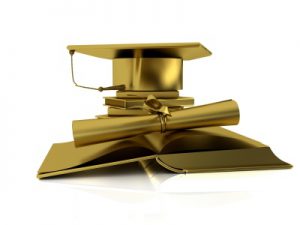 The jury for the Cundill Prize in History at McGill, the world’s largest non-fiction historical literature prize, has announced the three finalists for this year’s prize. The prize, now in its third year, will be awarded on Nov. 14 to an author who has published a book determined to have a profound literary, social and academic impact on the subject. The University will grant the equivalent of one full prize of $75,000 U.S. and two “Recognition of Excellence” awards of $10,000 U.S.

The three authors selected as finalists for the 2010 Cundill Prize in History are:

Giancarlo Casale is Assistant Professor of the History of the Islamic World and the 2009-2011 McKnight Land Grant Professor at the University of Minnesota.

Diarmaid MacCulloch is a fellow of St Cross College, Oxford, a Fellow of the British Academy and Professor of the History of the Church at Oxford University.

Marla R. Miller for Betsy Ross and the Making of America (Henry Holt and Company)

Marla R. Miller is an Associate Professor of history and the Director of the public history program at the University of Massachusetts, Amherst.

Jury member Adam Gopnik, a regular contributor to The New Yorker, had the following to say regarding this year’s finalists, who were chosen from 181 entries submitted, representing some 85 publishing houses from around the world:

“The list includes big studies of big events meant for a big audience: Diarmaid MacCulloch’s “A History Of Christianity: The First Three Thousand Years” is of this kind, and, in its reach and wisdom, gives the much used word “magisterial” new meaning. Giancarlo Casale’s “The Ottoman Age Of Exploration” gives us much news about the spread and nature of Ottoman seafaring missions and asks us to see the Turkish, Muslim Empire not as some strange “Other” but as one more of the competing and trading nations of the period, in constant exchange and dialogue with the West. Finally, Marla R. Miller’s “Betsy Ross And the Making Of America” takes a moment deeply framed and enshrined as folklore – the almost entirely unknown Betsy Ross of Philadelphia and the sewing of the “first flag” – and places it in the real world of women at work, of colonial seamstresses and imported fabrics, of new ideals and much-used mattress-ticking. All three books do exactly what we think history ought to do: re-open worlds lost to time, while distinguishing morality from moralism, and memory from myth.”

The Cundill Prize in History at McGill was established in 2008 by McGill alumnus F. Peter Cundill. Peter Cundill is Chairman Emeritus of Mackenzie Cundill. A native of Montreal, he has lived in London, England, for the past 30 years.