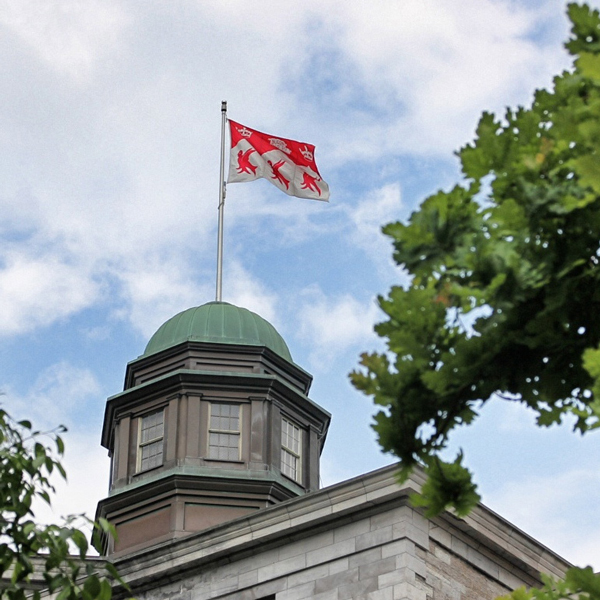 Provost and Vice-Principal (Academic) Christopher Manfredi has presented a draft survivor-oriented policy on sexual violence that is expected to go to the McGill Senate later this fall. This draft draws on the insights and extensive work of students who worked on a sexual assault policy for McGill over the last two years, and on a wide-ranging consultation process with stakeholder groups. The Provost is asking the community for their feedback on the draft.

“Sexual violence on campus is a matter of preeminent importance, meriting a clear response and commitment to action through a university policy and protocol,” Manfredi said in a message to all students and staff on Monday, Sept. 12. “In April 2016, I announced a commitment to bringing a policy against sexual violence to McGill’s Senate for approval. Additionally, recognizing that a policy alone will not accomplish meaningful change within our University community, I committed funding to enhance staffing and other resources devoted to sexual violence education, prevention, support and response.

“Furthermore, I have undertaken to conduct an in-depth review of the phenomenon of sexual violence at McGill in the months that follow the adoption of this policy. This review shall be aimed at ensuring the effective implementation of the policy, and will seek to hear and learn from survivors and those who work with and support them.”

“Support for survivors lies at the heart of our new policy against sexual violence,” said Angela Campbell, Associate Provost (Policies, Procedures and Equity). “We see this policy as benefiting the entire McGill community. It reminds us that each of us has a role to play in raising awareness about sexual violence and its impacts, especially on members of equity-seeking groups, and in ensuring that McGill community members feel safe from sexual violence.”

The draft policy is available for consultation here. Members of the community are invited to express their feedback through an online form by Sept. 30, 2016. Feedback will be received, considered and valued at any time. Comments and observations can be provided anonymously.

“Through a process of broad consultation, we are actively listening to and learning from our stakeholders, including student groups,” noted Campbell, “so that this Policy can truly reflect and communicate a McGill-wide commitment to supporting those who identify as survivors of sexual violence.”

The Provost’s office will carefully review all responses, in consideration to their integration in the version that ultimately comes forward for adoption. The current consultation has been launched with a view to bringing the policy for information to the McGill Senate in October 2016 and again for its adoption in November or December 2016.

The draft policy’s preamble sets out the principles behind it:

“McGill University is committed to creating and sustaining a safe environment through proactive, visible, accessible and effective approaches that seek to prevent and respond to Sexual Violence. The University further recognizes the singular importance of striving toward an equitable environment in which all Members of the University Community feel respected, safe and free from violence, including Sexual Violence.

“The University does not tolerate Sexual Violence in any form. It acknowledges that attention to Sexual Violence is particularly important in university campus settings. It further acknowledges that individuals who are members of equity-seeking groups who experience intersecting forms of disadvantage (on grounds, for example, of gender, sexual orientation, gender identity, race, Indigenous identity, ethnicity, disability or class) may be disproportionately affected by Sexual Violence and its consequences.

“The University recognizes that Sexual Violence often involves power imbalances and is underreported on account of a range of understandable reasons, which include stigmatization and the risk of trauma. This Policy focuses on ensuring support for Survivors of Sexual Violence. Through it, the University commits to support Survivors based on their personal experiences, whether or not a criminal offence has occurred, and whether or not the Survivor chooses to make a Report through University or external law enforcement processes.”

An FAQ about the policy and its creation is available here.

Manfredi noted that feedback from a circulation of the draft among a variety of University stakeholder groups has already helped the policy evolve in rich and positive directions. Among the groups with which earlier drafts were shared were: AGSEM, AMURE, AMUSE, Human Resources, the Joint-Board Senate Committee on Equity and all of its Subcommittees, MACES, MCSS, MAUT, MCLIU, MUNACA, MUNASA, SACOMSS, SEDE, SEU, SSMU, Student Advocacy-LICM and McGill Security Services.

“This initial consultation process yielded constructive and insightful feedback,” Manfredi said in his message. “Specifically, I heard that the Policy should: