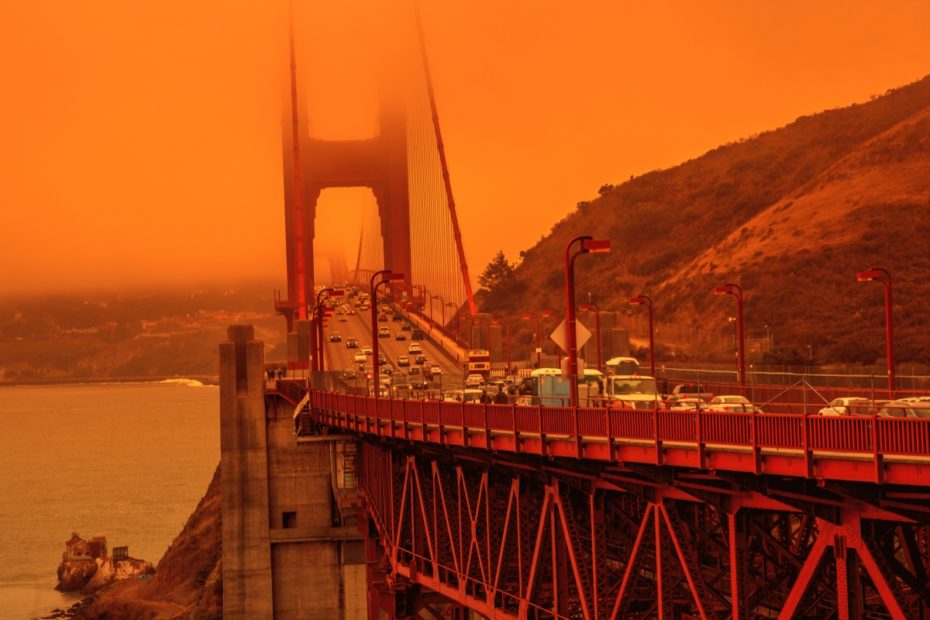 Simultaneous heatwaves and droughts are becoming increasingly common in western parts of the United States, according to a new study led by researchers from McGill University. Periods of dry and hot weather, which can make wildfires more likely, are becoming larger, more intense, and more frequent because of climate change.

In a study published by Science Advances, the researchers analyzed heat and drought events across the contiguous United States over the past 122 years. They found that combined dry and hot events have not only increased in frequency, but also in size geographically. Where such events were once confined to small parts of the United States, now they cover whole regions, such as the entire west coast and parts of the Northeast and Southeast.

“Dry-hot events can cause large fires. Add wind and a source of ignition, and this results in ‘megafires’ like the 2020 fires across the west coast of the United States. Drought and record-breaking heatwaves, coupled with a storm that brought strong winds and 12,000 lightning events in a span of 72 hours, caused more than 500 wildfires,” says lead author Mohammad Reza Alizadeh, a PhD student under the supervision of Professor Jan Adamowski in the Department of Bioresource Engineering at McGill University.

The researchers also found that dry and hot weather events are intensifying, with longer periods of drought and higher temperatures. These dual “dry-hot extremes” are not only self-intensifying – more heat causes more drought and vice versa – but are also self-propagating, meaning they are able to move from region to region. “As increased temperatures are driving and expanding aridity, droughts and heatwaves move from one region to downwind regions,” says Alizadeh. These extremes can be particularly damaging for agricultural production and ecosystems, they warn.

According to the researchers, the trigger for these hot-dry events is shifting. Looking back at the catastrophic Dust Bowl of the 1930s, they explain that the dust storms were driven by a lack of rainfall coupled with poor land management practices. In recent decades, however, dry-hot disasters are driven more often by excess heat than a lack of rainfall.

The future will bring us more of these disasters, if the current warming trends continue, the researchers caution. They suggest their findings could be used to inform climate mitigation and adaptation efforts. “We need to understand how things are changing in order to adapt,” says Adamowski.

Naomi Oreskes on the science of climate change and...

Lessons from a pandemic: Solutions for the climate crisis

COVID-19 Q&A: How has the pandemic impacted the environment?