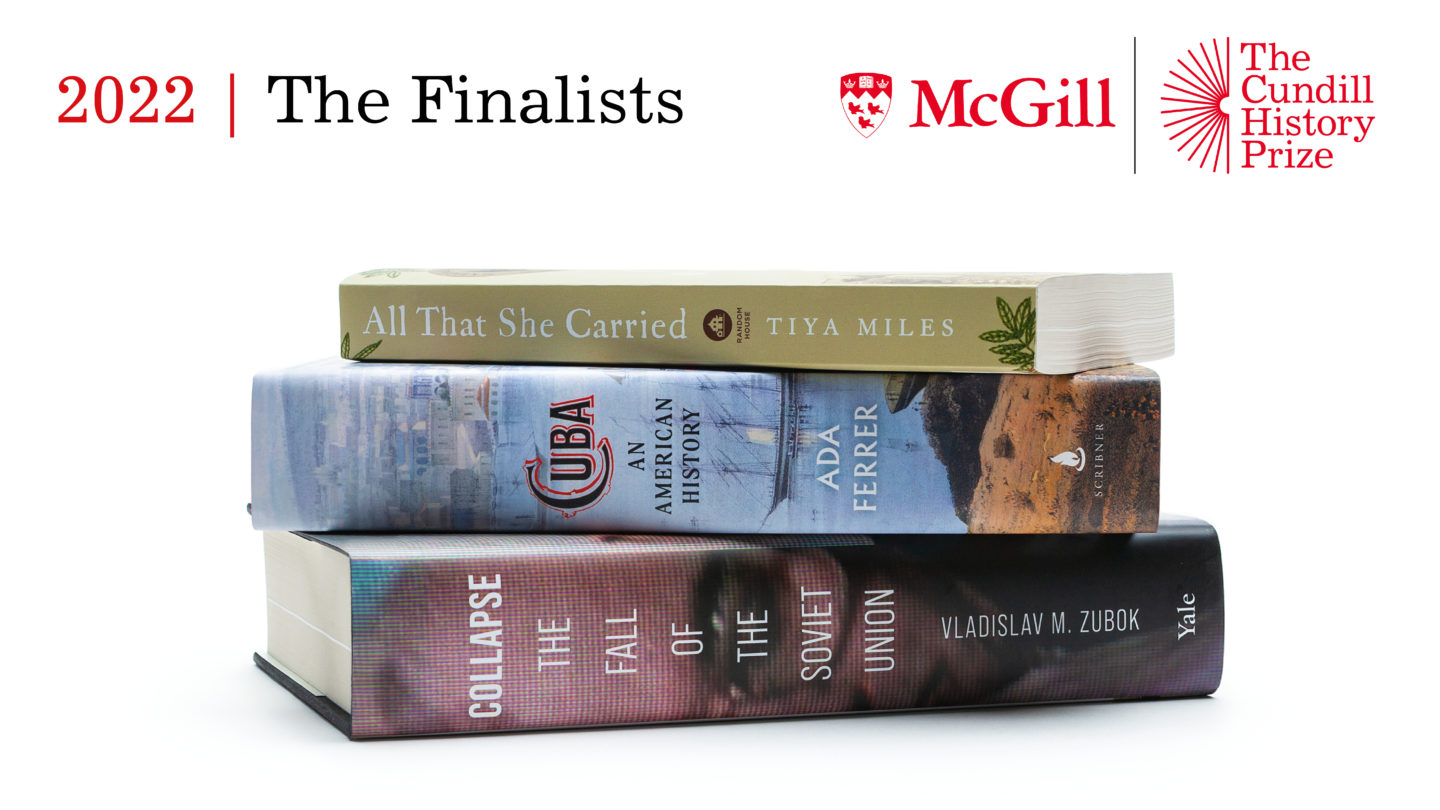 The finalists of the Cundill History Prize, the world’s leading prize for a work of non-fiction in English, were announced earlier today.

Vying for the US$75,000 Cundill History Prize are:

The winner will be announced during the Cundill History Prize Festival (November 30 – December 1).

Seeking the advice of “great historians”

“Arriving at a list of three superb finalists required making difficult judgments and fine distinctions,” said J.R. McNeill, Chair of the Jury. “Still harder judgments remain, as these three books differ markedly from the other two in scope and approach. What they share is the imagination, craft, and modulated passion that underlie all lasting creative achievement.”

“[These three finalists] demonstrate that if we are to overcome the immense political, social and economic challenges we currently face, we need to seek the advice of great historians,” said jurist Misha Glenny. “Their research methods are uniformly thorough and, in each case, innovative. Their narrative drive is spirited and their conclusions revelatory.”

Administered by McGill, the Cundill History Prize honours the abiding passion for history of its founder, F. Peter Cundill, by encouraging informed public debate through the wider dissemination of history writing to new audiences around the world.