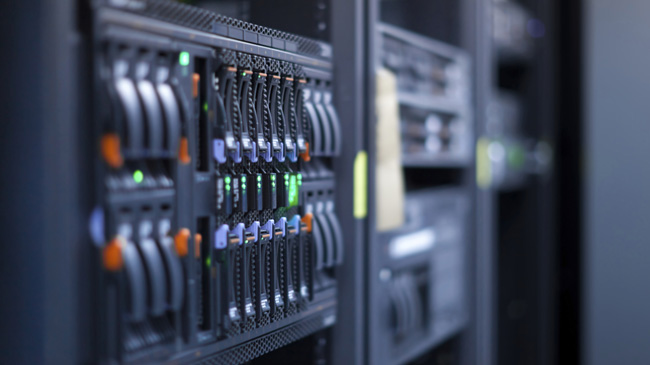 The substance that provides energy to all the cells in our bodies, Adenosine triphosphate (ATP), may also be able to power the next generation of supercomputers.

That is what an international team of researchers led by Prof. Dan Nicolau, Chair of the Department of Bioengineering at McGill, believe. They’ve published an article on the subject earlier this week in the Proceedings of the National Academy of Sciences (PNAS), in which they describe a model of a biological computer that they have created that is able to process information very quickly and accurately using parallel networks in the same way that massive electronic super computers do.

Except that the model bio supercomputer they have created is a whole lot smaller than current supercomputers, uses much less energy, and uses proteins present in all living cells to function.

Doodling on the back of an envelope

“We’ve managed to create a very complex network in a very small area,” says Dan Nicolau, Sr. with a laugh. He began working on the idea with his son, Dan Jr., more than a decade ago and was then joined by colleagues from Germany, Sweden and The Netherlands, some seven years ago. “This started as a back of an envelope idea, after too much rum I think, with drawings of what looked like small worms exploring mazes.”

The model bio-supercomputer that the Nicolaus (father and son) and their colleagues have created came about thanks to a combination of geometrical modelling and engineering knowhow (on the nano scale). It is a first step, in showing that this kind of biological supercomputer can actually work.

The circuit the researchers have created looks a bit like a road map of a busy and very organized city as seen from a plane. Just as in a city, cars and trucks of different sizes, powered by motors of different kinds, navigate through channels that have been created for them, consuming the fuel they need to keep moving.

But in the case of the biocomputer, the city is a chip measuring about 1.5 cm square in which channels have been etched. Instead of the electrons that are propelled by an electrical charge and move around within a traditional microchip, short strings of proteins (which the researchers call biological agents) travel around the circuit in a controlled way, their movements powered by ATP, the chemical that is, in some ways, the juice of life for everything from plants to politicians.

Because it is run by biological agents, and as a result hardly heats up at all, the model bio-supercomputer that the researchers have developed uses far less energy than standard electronic supercomputers do, making it more sustainable. Traditional supercomputers use so much electricity that they heat up a lot and then need to be cooled down, often requiring their own power plant to function.

Moving from model to reality

Although the model bio supercomputer was able to very efficiently tackle a complex classical mathematical problem by using parallel computing of the kind used by supercomputers, the researchers recognize that there is still a lot of work ahead to move from the model they have created to a full-scale functional computer.

”Now that this model exists as a way of successfully dealing with a single problem, there are going to be many others who will follow up and try to push it further, using different biological agents, for example,” says Nicolau. “It’s hard to say how soon it will be before we see a full scale bio super-computer. One option for dealing with larger and more complex problems may be to combine our device with a conventional computer to form a hybrid device. Right now we’re working on a variety of ways to push the research further.”

What was once the stuff of science fiction, is now just science.