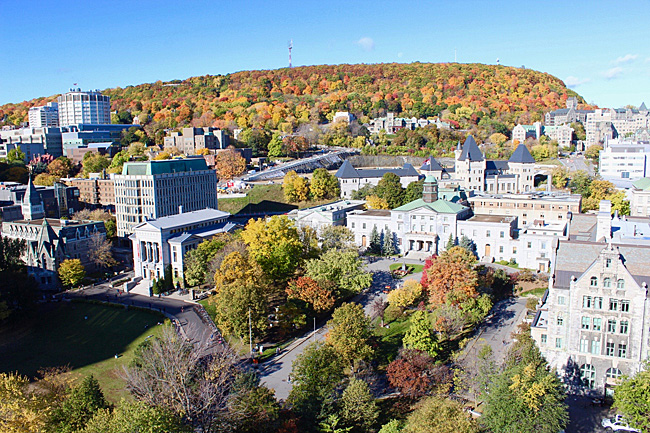 McGill’s Board of Governors approved the budget for Fiscal Year (FY) 2019 at its meeting on Thursday, April 26, following a presentation by Provost and Vice-Principal (Academic) Christopher Manfredi.

The budget, which had also been presented for information to Senate the previous week, shows strategic investments in a number of key areas, especially for students, but projects a deficit of $15.4 million next year, as well as deficits over the next several years. “The current Quebec funding model makes running a world-class university challenging. Deficits can occur when underfinancing is chronic, but we are committed to bringing McGill back into budget balance by FY 2022,” said the Provost.

In line with Strategic Academic Plan, the University’s new investments include:

In terms of spending for students, the Provost’s presentation outlined a variety of measures, including spending $8.7 million over seven years to implement the Student Mental Health Action Plan. Additionally, the overhead charge on the Student Service Fee and Athletics and Recreation Fee will be phased out over a two-year period, resulting in an increase of $900,000 of spending power these areas.

A new funding policy will be announced shortly by the Quebec government, and indications are that McGill will benefit from increased revenue opportunities.

McGill will address the deficit over the next several years through careful examination of spending and workforce planning in the Central Units, and process efficiencies in non-academic operations across the University. “We must all do our part by paying even closer attention to our spending this coming fiscal year,” said the Provost. “Exceeding our budgets or falling short on our revenue generation commitments are not an option.”

In response to questions at the Board meeting, the Provost and the Vice-Principal Administration and Finance both indicated that the University is keeping all options on the table in terms of reducing the deficit, but believe that McGill can be more efficient, while remaining true to its core, academic priorities.