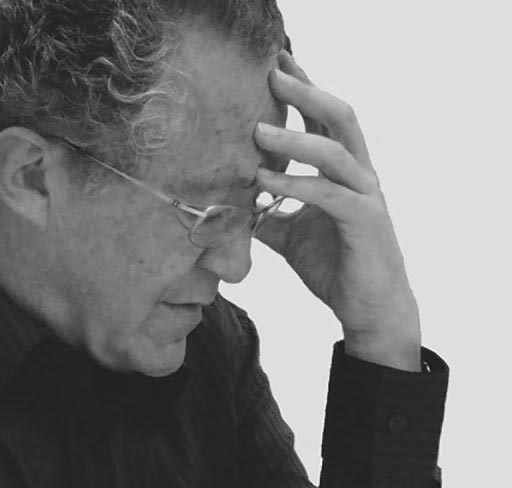 Alberto Pérez-Gómez, Professor Emeritus in McGill’s Peter Guo-hua Fu School of Architecture, has been appointed an Officer of the Order of Canada (OOC). Pérez-Gómez was recognized “for his contributions to architectural education as a renowned historical theorist, and for his phenomenological approach in discourse,” according to the OOC citation.

In total, the Governor General announced  85 new appointees to the OOC.

“The Order of Canada celebrates the lives, endeavours and successes of people from coast to coast to coast and from all walks of life,” wrote the Governor General in her announcement. “Those being appointed today come from a variety of sectors, have achieved national and international success, and have shown ingenuity, innovation and generosity. What’s more, they have made a difference in their communities and for Canada with their outstanding dedication and commitment. Congratulations to the new Order of Canada appointees, as well as those celebrating a promotion within the Order.”

The Governor General will present Pérez-Gómez and the other appointees with their insignia at future investiture ceremonies. The dates are to be determined.

A crucial figure in architectural education

Proudly Canadian by choice, Pérez-Gómez began his architecture career in his native Mexico City before pursuing postgraduate study in America and England. After stints in Mexico and America, his teaching career brought him to Toronto, then Ottawa. From 1987 until his retirement in 2020, he was McGill’s Saidye Rosner Bronfman Chair in Architectural History. He is now the Saidye Rosner Bronfman Professor Emeritus in Architecture.

“Alberto is a crucial figure in the development of architecture in the world over the last fifty years,” says Prof. David Theodore, Director of the Peter Guo-hua Fu School of Architecture. “He has a lifetime of outstanding achievements and a deep dedication to the country made manifest through his work in both academic research and architectural education. He has built in Canada an internationally recognized community of colleagues, scholars, students, architects, poets, philosophers, filmmakers, and writers that has had an outsized influence on how we write and think about architecture – and how we build it.”

“In 2007, an event at the Design Centre of the Université du Québec à Montréal (UQAM) featured the architectural work of graduates who studied with Alberto. It included an exhibition entitled 70 Architects: On Ethics and Poetics, featuring creative work from over 70 participants. In 2015, two former students, Marc J. Neveu and Negin Djavaherian, edited a collection of essays building on that event, a Festschrift to Alberto but also a testament to the community he built.”

In addition to Pérez-Gómez, the Governor General appointed six other members of the McGill family to the Order of Canada on June 29:

OC citation: For her leadership in business and for contributing to health care, science, education and the community through her family’s foundation.

Building on her accomplished background in business and academia, Naomi Azrieli has focused on strategic philanthropy for the past 20 years. In recognition of her work guiding the Azrieli Foundation’s major support of academic, science and health organizations, McGill awarded Azrieli an honorary Doctor of Laws in 2018.

Aled Edwards is the founder and current CEO of the Structural Genomics Consortium, a charitable organization which carries out science relevant to the discovery of new drugs and places all the results into the public domain. Edwards holds a bachelor’s degree (1983) and a PhD in biochemistry (1988) from McGill, and has been an Adjunct Professor at McGill since 2018.

OC citation: For her distinguished career in the field of corporate credit risk management and for her mentoring of diverse talent in management.

Madeleine Féquière is a senior finance professional with over 30 years of global experience and a passionate supporter of humanitarian causes. She holds a Mini-MBA (2013) from the McGill Executive Institute and is the official patron of the current cohort of McGill-HEC Montréal EMBA students.

OC citation: For his expertise in conflict mediation and peace negotiations, and for helping countries around the world find stability and common ground.

Adam Kahane is a director of an international social enterprise that helps businesses, governments, and civil society leaders to work together to address challenges. He is the author of Solving Tough Problems: An Open Way of Talking, Listening, and Creating New Realities and graduated from McGill in 1982 with a BSc in physics.

OC citation: For his numerous professional and volunteer contributions as a distinguished lawyer and negotiator.

Jacques J.M. Shore practices in the fields of administrative law, federal regulatory affairs, and negotiations. He served as the first director of research of the Security Intelligence Review Committee, Parliament’s watchdog body reviewing the Canadian Security Intelligence Service. He graduated from McGill with an LLB in 1980.

OC citation: For his contributions to the Canadian recording industry, and for supporting and championing our country’s talent.

West is the founder and current president of Justin Time Records, an independent Montreal-based jazz and blues record label. Founded in 1983, the label initially spotlighted local acts such as Oliver Jones, Ranee Lee and the Montreal Jubilation Gospel Choir, and its roster has since grown to include well-known artists such as Oscar Peterson, Diana Krall, and Chris de Burgh. West earned a bachelor’s degree in political science at McGill in 1979.

In conversation with Order of Canada recipient B. Denham...